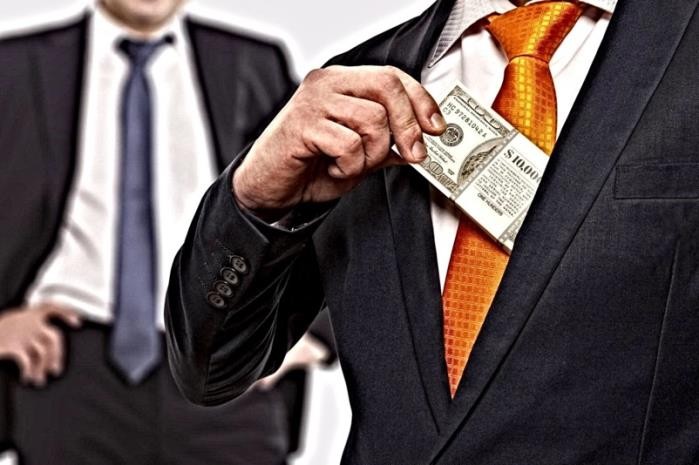 White-collar is an expression deriving from English and is a word introduced at the beginning of the 1900s and made famous by the writer Upton Sinclair) with which the social classes formed by employees, state officials, shopkeepers, managers, professionals, politicians are indicated and other profiles … we are talking about the upper-middle class, the ruling class.

Women and men who have a privileged status, have good or substantial economic resources and carry out non-manual jobs and wear light-colored shirts, as opposed to workers and peasants, who in their work must instead wear overalls or in any case a different and more resistant with a dark shirt, called for this reason blue collars (“blue collars”).

It is still hard to imagine that the criminal can be rich and powerful but we must be aware of the fact that the crimes committed by the ruling class are mainly economic or against the public administration and often the perpetrators escape social reprobation and justice.

The criminality of the powerful causes severe damage to the quality of democracy, the distribution of resources, and everyone’s equality before the law.

The professional who delinquents in carrying out his activity, in fact, takes advantage of the “credit” that comes from his position, the result of the consideration that accompanies him.

Their crimes very often go unpunished, both from a judicial point of view and from the point of view of moral condemnation by public opinion.

By means of their position, white-collar workers can easily get specific crimes to be canceled, easing the penalty or making previously illegal behavior lawful. They are white-collar workers, that is, they belong to the same social status, the dishonest entrepreneurs and the politicians who write the laws, the officials who steal resources from the community and the judges called to condemn them. Among these worlds interests and aiding and abetting are intertwined.

Where crimes committed by white-collar workers occur, the encounter between institutions and mafias, between global economic activities and criminal interests is also favored.

The contamination between the two worlds is mutual. On the one hand, the internationalization of the mafias and the desire to expand their trade has led them, more and more, to forge alliances with the political and economic system on an international scale, frequenting the same environments and markets. On the other hand, white-collar workers have sometimes made use of economic resources and the mafia method, making everything more subtle and less recognizable. This change is one of the factors that has allowed the secular resistance of the mafias, which have made relations with white-collar workers one of their most precious resources.