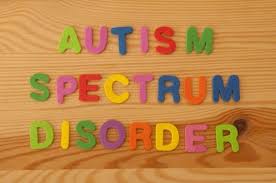 We know that there is not one autism but many subtypes, most influenced by a combination of genetic and environmental factors. Because autism is a spectrum disorder, each person with autism has a distinct set of strengths and challenges. The ways in which people with autism learn, think and problem-solve can range from highly skilled to severely challenged. Some people with ASD may require significant support in their daily lives, while others may need less support and, in some cases, live entirely independently.

The discovery of autism is relatively recent. In the 30s of the last century Leo Kanner and Hans Asperger described this disorder for the first time, until that moment confused with other mental illnesses, and the unfortunate children who were affected ended up in asylums, where they spent a life of suffering and abandonment.

Thus, began the first research on the causes of autism and on the first experimental therapies; a search that never ended: today we know how to recognize autism and we have valid tools for early diagnosis; we know little about the causes, we do not yet know if it is possible to prevent it and we do not yet have a definitive therapy.

There are many testimonies of parents whose children suffer from autism, like that of Valentina, mother of an autistic child: “in September my little girl turned 9 months. She laughed, clapped her hands, played. After 3 months she did not do any of this anymore, she was absent.” In fact, the word autism derives from Greek and means “alone with yourself”.

Autism is not a definite disorder, but a set of changes in brain development. Autism spectrum disorders are variable from one subject to another, in fact each autistic child is a case in itself.

Indeed, history is full of people who have been identified as autistic, such as:

The people on this list have been carefully selected. Experts agree that every person listed here likely exhibits or exhibited autistic tendencies.

Seneca said it 2000 years ago: “Nullum magnum ingenium sine mixtura dementiae fuit”. There has never been intelligence without a little madness. Autism and creativity are two sides of the same coin, you cannot have one without having the other, too. One of the criteria for detecting autism is a mottled ability, in which an individual excels at something while being denied in another field. A distinguishing mark of genius.

Autism today is not cured, but it is understood. What makes a person gifted with talent is not always getting good grades at school, but the different way of looking at the world and learning it.

An autistic person should not be changed but understood and listened to with the heart. Therefore always remember that people with autism have feelings, so be sensitive and tolerant.