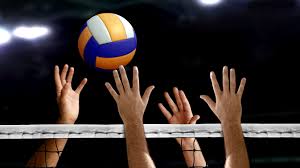 Sport was born and raised with the human being and it is the set of motor activities that engages the psychophysical abilities of individuals.

The word “sport” means “fun” and it derives from the abbreviation of the English word “disport”.

Sport is a very important activity, because it transmits values such as respect for others and teamwork, but it also helps to continuously improve, to gain self-esteem, to believe in oneself and in one’s abilities.

For these reasons, I love sport and volleyball in particular!

The history of volleyball dates back to a very far time: in fact, the Romans and the Greeks played games with a ball and in the Middle Ages a game similar to volleyball was practiced.

However, the real sport was born only on 6th February 1895, thanks to William Morgan, a physical education instructor at the YMCA College in Holyoke, Massachusetts.

In Morgan’s version, the ball was played with hands, the number of touches was infinite and the match was played in sets.

After a few years, volleyball spread in South America and in the East, especially in China and Japan.

In Europe, it arrived only with the First World War, thanks to the American troops who landed in our continent.

From the birth of volleyball to today, many things have changed.

In 1922 was introduced the three-touch rule: the obligation to make a maximum of three passes of the ball before returning it to the opponent’s court.

In 1938 the “wall” was introduced, the barrier that the players in defense under the net can do with their arms, jumping to block the opposing dunks.

Finally, another important date is 1947, when the representatives of 14 federations gathered to create the “International Volleyball Federation” (FIVB) and was officially approved the first international regulation.

In its history, volleyball has therefore known a rapid development and it is still one of the most popular sports.

But how do the matches take place?

There are two teams of six players playing with a ball on a rectangular court separated by a net.

The match is divided into three sets and each team must score 24 points for each of them. You earn points every time the opposing team drops the ball to the ground.

The mid 90s is a turning point for Italian womens’ volleyball. In these years were born International Italian volleyball players of great level.

One of the strongest is Eleonora Lo Bianco, who boasts 548 appearances in the National Team, in the role of setter, and five participations in the Olympics.

She has won a world title, two World League and two European championships.

In March 2019, our setter champion was included into the Hall of Fame of Italian volleyball, although shortly after, she decided to retire after more than 20 years of career.

I started playing volleyball in 2017 and now I have been practicing it for 4 years.

At first, I considered it a good pastime, but then I realized that volleyball helped me to always get involved, overcome shyness and never give up!