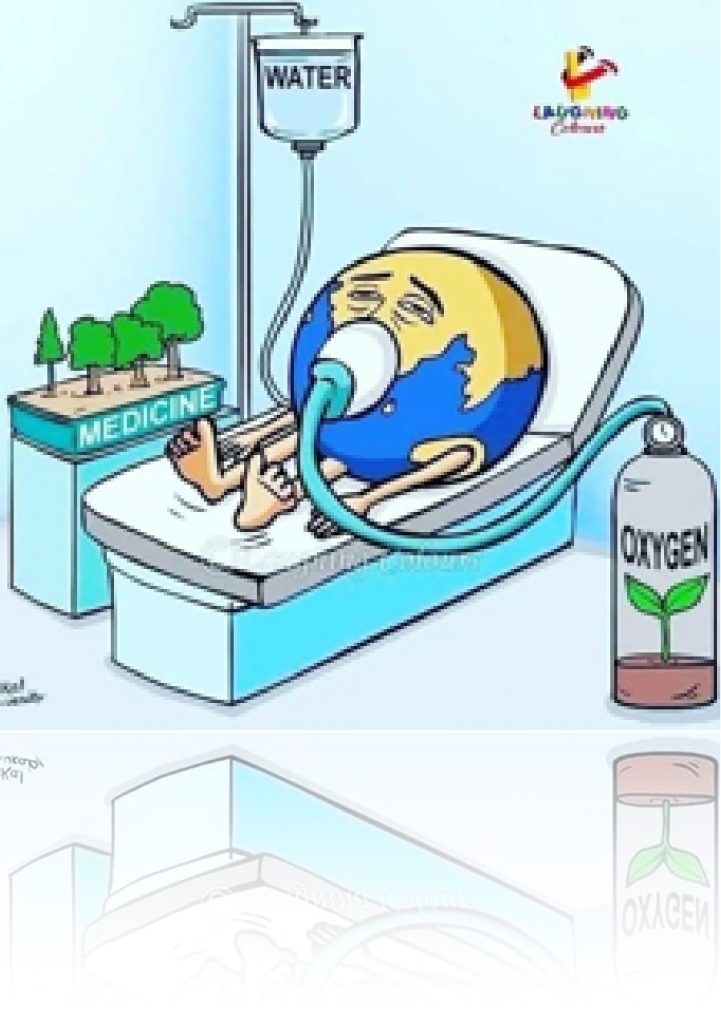 TO LOSE AND TO LEARN

If I had had the power of time travelling and had seen it myself, I would have not believed it anyway, no one ever could have.

It has been two years since the beginning of the pandemic since we have actually understood what a pandemic is; I was attending my second year of high school and I am currently in the fourth one, and I keep wondering how considerably it has affected me, my generation, and every single human being on the face of the earth. The answer is, undoubtedly, incredibly much.

All of a sudden we have had to deal with restrictions, the use of protective equipment, the anxiety and fear resulting from the threat of an invisible, and at that time still unknown, enemy, the isolation, the pressure of listening to discouraging far from comforting, either clarifying, news; at a moment’s notice we had to deal with life as we had never pictured it.

With our daily lives, our habits and routines unexpectedly and mercilessly taken away from us, we went through the phases of acceptance and adaptation: at the beginning of the pandemic, wearing masks and continuously sanitizing our hands and the surfaces that we touched seemed absurd and unthinkable. On the contrary, we have now gotten so used to this way of living that it would feel unnatural not acting likewise.

Students experienced what not being able to go to school indeed is; the place which is considered by young people to be the source of nightmares and displeasure, represents, nonetheless the centre of our social activities: the place where we make everlasting friendships and learn to be part of the society, the place where we learn to overcome our fears and become confident, the place in which we go through a substantial part of our personal development and improvement with the final achievement of maturity. That is what we students have lost, exiled in our rooms, away from the pressure of being at school and together away from our friends, the chitchatting during the teachers’ explanations trying not to be discovered, the jokes and laughter coming from sharing the same experiences every day on each other’s sides.

Our social habits radically changed during the lockdown, instead of hanging out during the weekends we started arranging video calls with our friends and social media became crucial for trying to keep in touch with others. However, has this strengthened our relations or rather made them become more superficial with our minds as distanced as our bodies?

Aristotle stated that “Man is by nature a social animal” and us having to live away from one another definitely proved it: we have been trying with all of our might to fill in the gaps, to replace school with online lessons, to use technological tools with the aim of living as we normally would have before the pandemic. Despite all the efforts, it’s undeniable fact that some experiences and memories will be irreversibly lost in the land of the “might have”. I think of all the school trips, the class parties and all of the foolish and crazy stuff that young

people allow themselves to do just because. I think of the younger students who missed out on their first days of school, who missed out on living the real irreplaceable school experience, not some kind of pale imitation of reality. Then I think again and the older students who have left school during the pandemic come to my mind: who will give them back their last goodbyes to the place where they have spent such a considerable amount of time?

The virus overwhelmingly and suddenly broke into our lives filling up such a gigantic place that, one of my greatest worries is people have forgotten about everything else, of equal importance in their lives, starting with empathy towards the others. We learnt how to lead life from home despite hundreds of mile miles or either only a few kilometres distance but has technology helped in overcoming these obstacles or has it just given us the illusion of being close while nursing a growing sense of alienation?

We have all lost something, in terms of economic resources, in terms of experiences and mental health, some of us have lost our beloved ones, yet we do all still have something and that is the common fervent hope to which we have held on to until now. It is true that we have lost so much and, in light of that, we have learnt to appreciate as much every single aspect

and detail that we have given for granted and undervalued. I learnt to treasure every instant, spent with my relatives and friends, which I have been gifted with, I learnt to fight for the relationships which I deem valuable and to always keep in mind that moments and opportunities never come back again. I genuinely believe that covid-19 has taught us the universal timeless saying of carpe diem. Not being able to hug, kiss and touch each other we have come to realise how considerably we subconsciously value body language. Have you not missed looking at people and seeing their facial expressions?

Alternatively, have you not learnt to look at other people’s eyes more thoroughly so as to understand their feelings as much as you normally would have had?