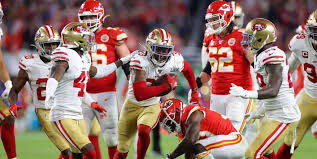 The Super Bowl is the annual championship game of the National Football League. It has been the final game of every NFL season since 1966, replacing the NFL Championship Game. Since 2004, the game has been played on the first Sunday in February. Winning teams are awarded with the Vince Lombardi Trophy, named after the eponymous coach who won the first two Super Bowl games. In the United States it is considered as the football game that awards the title of world champion in this sport. The Super Bowl is among the world’s most-watched sporting events and frequently the most-watched American television broadcast of the year and it is also the second-largest day for American food consumption, after Thanksgiving Day.

WHY WAS IT CREATED?

The game was created as part of a 1966 merger agreement between the NFL and the rival American Football League (AFL) to have their best teams compete for a championship. It was originally called the AFL–NFL World Championship Game until the “Super Bowl” moniker was adopted in 1969’s Super Bowl III.

WHO ACCOMPANIES THE SPORTING EVENT?

Early Super Bowls featured a halftime show consisting of marching bands from local colleges or high schools; but as the popularity of the game increased, a trend where popular singers and musicians performed during its pre-game ceremonies and the halftime show, or simply sang the national anthem of the United States or “America the Beautiful” emerged.

WHERE IS IT PLAYED?

The Super Bowl is the final championship of the National Football League, the American professional football league. Reigning champions for the 2020 season are the Tampa Bay Buccaneers who beat the Kansas City Chiefs in the Super Bowl to claim their second title.

WHEN IS IT HELD?

It is usually held on the last Sunday of January or the first of February, and usually records the highest television ratings ever in the United States. The NFL uses Roman numerals to denote each edition of the Super Bowl; the only exception was made for the fiftieth, for which the Arabic number 50 was used instead of the Roman L. It takes place in the calendar year following the season for which it assigns the title: for example, Super Bowl VIII, which took place on January 13, 1974, decreed the champions of the 1973 season.