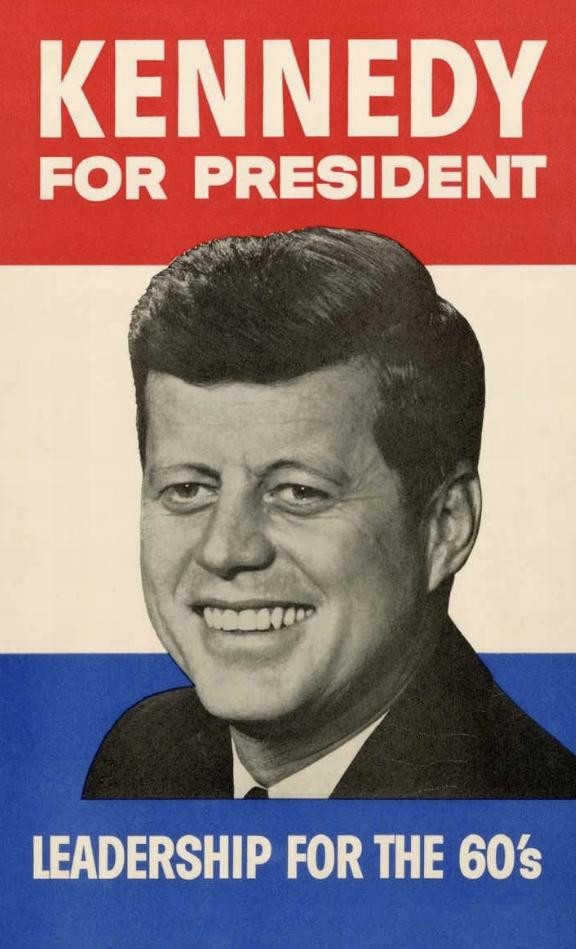 THE STRATEGIC CAMPAIGN OF KENNEDY

The electoral campaign is a phase of the electoral process, in which the political parties and their candidates in the elections advertise themselves to try to win the trust of the voters and convince them to give them their vote. All this often happens through electoral promises, proposing ideas and projects that may surprise and attract the attention of the citizen or the voter in general.

In particular, the American electoral system is undoubtedly one of the most complicated and can be defined as indirect. In fact, the president of the United States is not directly elected by the population but is formally voted by the so-called great voters who are in turn elected by the citizens of their state.

One of the greatest American presidents was John Fitzgerald Kennedy.

After a long period in the Democratic Party as a deputy and later as a senator, in November 1960, in view of the expiration of Eisenhower’s second term, John Fitzgerald Kennedy was a candidate for president.

The time had come to beat the Republicans, who had chosen Vice President Richard Nixon as their candidate. Nixon immediately tried to discredit Kennedy by describing him as inexperienced and presented himself as the continuer of the era of “peace and prosperity” that Eisenhower had secured in previous years. Kennedy responded to the first accusation by seeking the support of celebrities and by speaking to people using the cutting-edge media of the time, from photography to TV.

In August Nixon had a slight advantage, but then things turned upside down at the end of the month, after a speech on TV by President Eisenhower that shattered the idea that Nixon wanted to give of himself, that is a resolute man able to make decisions against an inexperienced Kennedy. The Democrats took advantage of this and turned the joke into an election commercial.

Another help came to Kennedy from the arrest of Martin Luther King, during a civil rights protest in Georgia. Nixon only asked Eisenhower to pardon King, who refused, while Kennedy called the local authorities to free him and his wife and father to show his support. The result was that King’s father said he would vote for Kennedy, dragging a piece of the African American community with him.

Kennedy also knew how to set up the campaign more strategically than Nixon.

Finally, a key moment of the campaign was the first of the four televised debates in which the two candidates faced each other. It was held on September 26 in Chicago and was watched by 70 million people.

Nixon, due to his poor health (in the previous hours he had been struck by a strong fever) and his refusal to use makeup artists, appeared pale and emaciated. Kennedy presented himself tanned, confident, and perfectly at ease.

From that moment on, the polls gave a small advantage to Kennedy.

In the next three debates, Nixon changed his attitude, showed himself confidently, and took care of his stage presence, but it was too late.

The first results came from the big cities siding with Kennedy; then came those from the rural areas, which rekindled Nixon’s hopes.

Shortly before midnight, the New York Times printed its front page with the headline “Kennedy Elected President” based solely on predictions.

In the end, on November 8, 1960, the Democratic candidate John Fitzgerald Kennedy won, at the age of 43, with 303 votes of the electorate against Nixon’s 219, the election to the American presidency beating his Republican rival, Vice President Richard Nixon.

For the United States, but also for the whole world, his victory represented a great turning point.

Kennedy was sworn in as president on 20 January 1961 and remained in office until the day of his assassination on 22 November 1963.