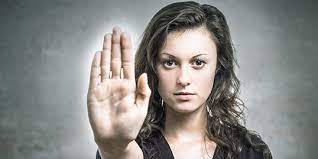 THE INTERNATIONAL DAY AGAINST THE VIOLENCE ON WOMEN

On November 25th, the whole world commemorates the women, who are victims of different types of violence: psychological, sexual, domestic but, above all, deprivation of their rights. Has it always been like this? Has the society improved under this point of view.Let’s have a look at the past.

In the Paleolithic era the society was matriarchal. Often the ancient records are about women’s roles in the society and in different parts of the world. For instance, in the I century, Tacit stated : “The Celts don’t make differences between male and female”, as a matter of fact they could choose the men they wanted to marry and they could own a propriety, too. A great Celtic woman, who went down in history, was Queen Boadicea. She led the Iceni in the biggest war against the Romans. She avenged her killed husband and her kidnapped daughters. She fought with courage and despite she didn’t win the battle, that was deemed a success anyway (not by change, her own name in Celtic language meant ”Victory”) , she has become a real role model for women.

Also, in other civilizations women were held in high esteem, for example in the Spartan and Viking societies they were even trained to be military leaders. In the mythology they were called “ shield-maidens”.

However, if we compare contemporary and ancient societies we can notice that the human progress hasn’t been improving over time, under some points of view. Until a little over a century ago, in Italy and in many other liberal regimes, female citizens were not allowed to vote; the married women weren’t free to dispose of the money they earned from their work. Through many revolts and feminist movements, like the “suffragettes”, they have achieved emancipation though it is deemed a conquest, not as a normal thing as it is in the case of the man.

Nowadays, women’s positions in the society is a subject particularly debated in which physical violence takes priority. Emerging data have shown that since the outbreak of COVID-19, all types of violence against women and girls (VAWG), particularly domestic violence, have been intensifying and the world was not prepared to respond to its rapid escalation.

This is unacceptable. Women can’t be scared of men, be suppressed by the prejudices of the society and at worst, be raped or killed. Even in the workplace they have less rights, they are paid less than men.

Nevertheless men understand how important women are for them. This is highlighted by Annie Lenox in her song “Sisters are doin’ it for themselves”:“Now there was a time When they used to say That behind every great man There had to be a great woman”.

I just want to say to all the girls who are reading this article that you have to assert your rights in order to make yourself  independent women, because all of you are strong enough to create a better society, as G.D Anderson says:

“ Feminism isn’t about making women stronger. Women are already strong, it’s about changing the way the world perceives that strength “