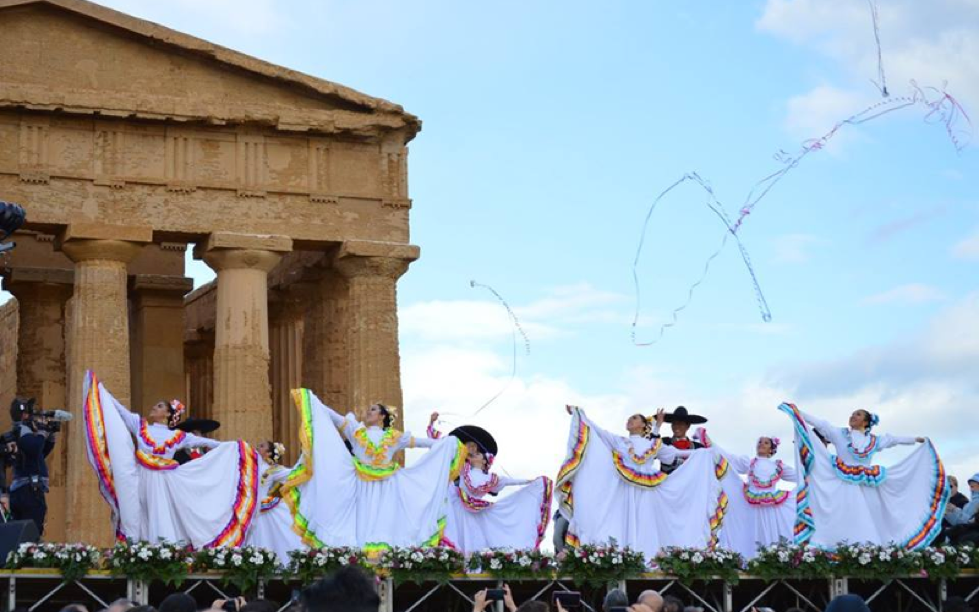 One of the most evocative Sicilian festivals is the Almond Blossom Festival.

The festival takes place every year. It is celebrated between the first and the second Sunday of February, in Agrigento, in the natural scenery of the Valley of the Temples.

This celebration symbolizes the awakening of nature, the rebirth of life itself.

As often happens for the events celebrated in Sicily, even the Almond Blossom Festival draws on mythology: in fact, it refers to the ancient myth of Phyllis and Acamante.

Acamante, a Greek hero, was on his way to Troy. During a stop in Thrace, he met the princess Phyllis.  As soon as the two met, a deep love was born. Acamante, however, had to leave the young beloved to go and fight in Troy. Phyllis waited for him for about ten years and, not seeing him arrive, died of pain.

The beautiful and unfortunate love story did not escape the eyes of the goddess Athena who decided to give a sort of immortality to Phyllis, turning her into an almond tree.

Acamante, finally back from the war, after the winter, returned to Thrace to meet Phyllis and here he learned the fate that touched her in his absence: pierced by the pain he decided to go to find the tree to mourn his young beloved.

When he reached the tree, Acamante embraced him and here the miracle happened: the tree bloomed giving to the beloved the delicate flowers of that beautiful white colour with shades of purple.

The almond tree is the first to bloom and its flowers are considered a symbol of hope and delicacy.

The Almond Blossom Festival was born in 1934 in Naro from an idea of Count Alfonso Gaetani with the aim of making people know the typical Sicilian products. Agrigento very willingly adopted this festival that offered the opportunity to enhance the natural and archaeological beauties of the city.

The event opens with the lighting of the tripod (or torch) of friendship that takes place at sunset on Tuesday of the holiday week in the Valley of the Temples, precisely in front of the Temple of Concord. Wednesday evening is, instead, the day when most of the event reaches the apex of colours, lights, sounds, and dances. During the festival, the Sicilian bands and carts are also involved.

The most exciting moment of the festival is the final Sunday against the backdrop of the magnificent Valley of the Temples, with the assignment by an international jury of the Golden Temple after a wonderful parade that, with songs and dances, crosses the streets of the city among festive wings of people.

A harmonious assemblage of folk traditions and history of folk groups that present, during performances and torchlight walks throughout the city, a meeting, an embrace among all people, aimed at growing and strengthening the values of peace, brotherhood, and freedom which are the basis of all civil society and that make all spectators live a magnificent journey through history.