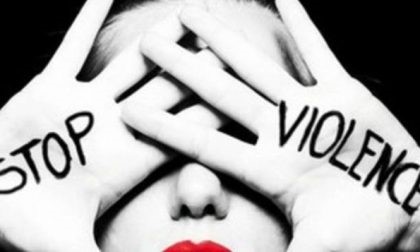 Unluckily, violence against women is spreading everywhere, in Italy, in Europe, in the world. In Italy every two days  a woman is killed by her partner, not to mention all other types of non-domestic violence.  In total, more than seven million women have experienced violence of some kind.  From murder to rape, from stalking to verbal insult, the types of violence are numerous, but they all affect the intimate sphere of the person both physically and psychologically.

The preferred contact channel remains the telephone, but requests for help arriving at the dedicated chat are also growing: from one year to the next, this mode goes from 683 messages to 2,361, an increase of 71%.  Most of the time, the victims themselves contact the service, but there are not rare cases in which relatives, friends, acquaintances or service operators in the area report the incidents.  The numbers also this year tell us about the drama and transversal nature of the phenomenon of violence against women in our country.  In the last year, also because of Covid-19 Pandemic and lockdown periods, violence against women is confirmed as an emergency that requires an urgent and shared response.

In fact, with the aggravating circumstance of the lockdown factor which, due to the restrictive measures, has seen femicides multiplied, violence against women has been increasingly at the center of public debate for some time.  And the reason is easy to say: even in an age that professes itself to be civilized like ours, the phenomenon is reaching dimensions that are hardly defined as barbaric.

Statistics show that modernity has come almost in everything: in technology, in transport, in communications, in nutrition.  But more civilized relations between the sexes still seem to be a distant achievement.  Violence against women is a major public health problem as well as a violation of human rights.

Violence has short and long-term negative effects on the victim’s physical, mental, sexual and reproductive health.  The consequences can determine for women isolation, inability to work, limited ability to take care of themselves and their children.  Children who witness violence within families can suffer from emotional and behavioral disorders.  The effects of gender-based violence affect the well-being of the entire community.  Not a day goes by without the press or television giving us news of episodes of violence against women.  Usually, we talk about physical but sexual violence, but there is also psychological violence, called stalking; with it, usually a man continually persecutes a woman, creating in her a state of fear and anxiety, to the point of making her life impossible that in some more serious cases it can lead to suicide.

Violence occurs everywhere: in the workplace, at school, on the street and even at home and this is the place where it is most difficult to surface, because it is hidden in the home.

The reasons are always the same: jealousy, supremacy of the male (and in this case we must speak of “male” and not of man), economic problems, loss of self-esteem, refusal to use reason.

We can’t accept with indifference or resignation all these femicides. It is time to react, to fight for human rights respect and observation and equal opportunities recognition.