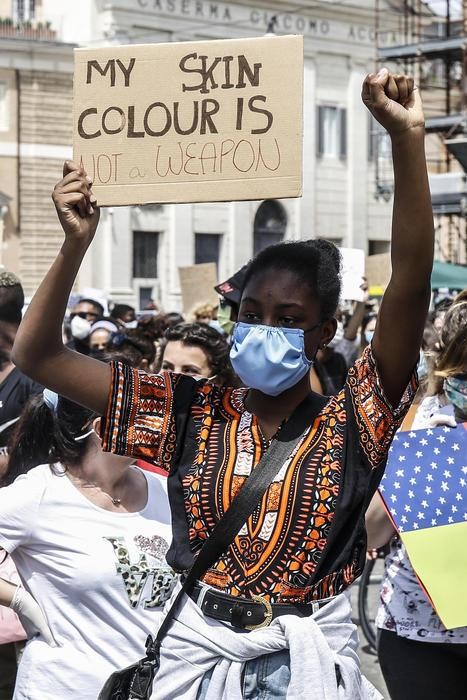 “Discrimination is the act of making unjustified distinctions between human beings based on the groups, classes, or other categories to which they are perceived to belong. People may be discriminated against on the basis of race, gender, age, religion, or sexual orientation”

I want to talk in particular about racial discrimination. So, Any distinction, exclusion, restriction, or preference based on race, colour, descent, or national or ethnic origin which has the purpose or effect of nullifying the recognition of human rights and fundamental freedoms is racial discrimination.

Racism has always existed in fact for many years several men have fought for their rights.

In South Africa, there was a system of government called “Apartheid”. The word means

“separate”. Black people and white people could not go to the same schools, they could not eat in the same restaurant or live in the same parts of the city.

If they were ill, they had to go to separate hospitals, and they could not work together.

Nelson Mandela, a black African man, helped black people to protest the situation. He joined a political party called the African National Congress with his friends and helped black Africans with their legal problems. He has tried in every way to fight for the rights of blacks but he was arrested and put in prison and released 27 years later.

Apartheid was abolished only in 1994 after Mandela won the Nobel peace prize and he became the first black African president in South Africa.

In America, there was another injustice called “Segregation” that had the same purpose: black people didn’t have the same rights as white people and they were attacked physically and verbally.

Also here, there was a man that worked hard for the civil rights of the black people: he was Martin Luther King.

In 1963, he organized a great peaceful march for civil rights in Washington.

More than a quarter of a million people of all races attended this march, during which he

addressed them with the famous ‘I have a dream speech, in which he expressed his hope that black and white people could be brothers and he want that one day his four children be not judged for their skin but for their behavior.

He led the Montgomery Bus Boycott too. This event started when Rosa Parks was arrested because she refused to give up her seat for a white passenger. This boycott was the first non-violent demonstration in the US. For 382 days, black people in Montgomery didn’t use buses.

In 1964, after the march in Washington and thanks to the help of the American President John Kennedy, Congress passed “the civil rights Activist”; One year later, in 1965 Congress passed the “Voting Rights Act”.

Unfortunately, there are still episodes of racial discrimination.

Every day there’s news that black people are being killed for their skin.

I think it’s unacceptable to be killed for your skin colour. I hope that all forms of discrimination will be abolished definitely and I also hope that equality will spread in society.