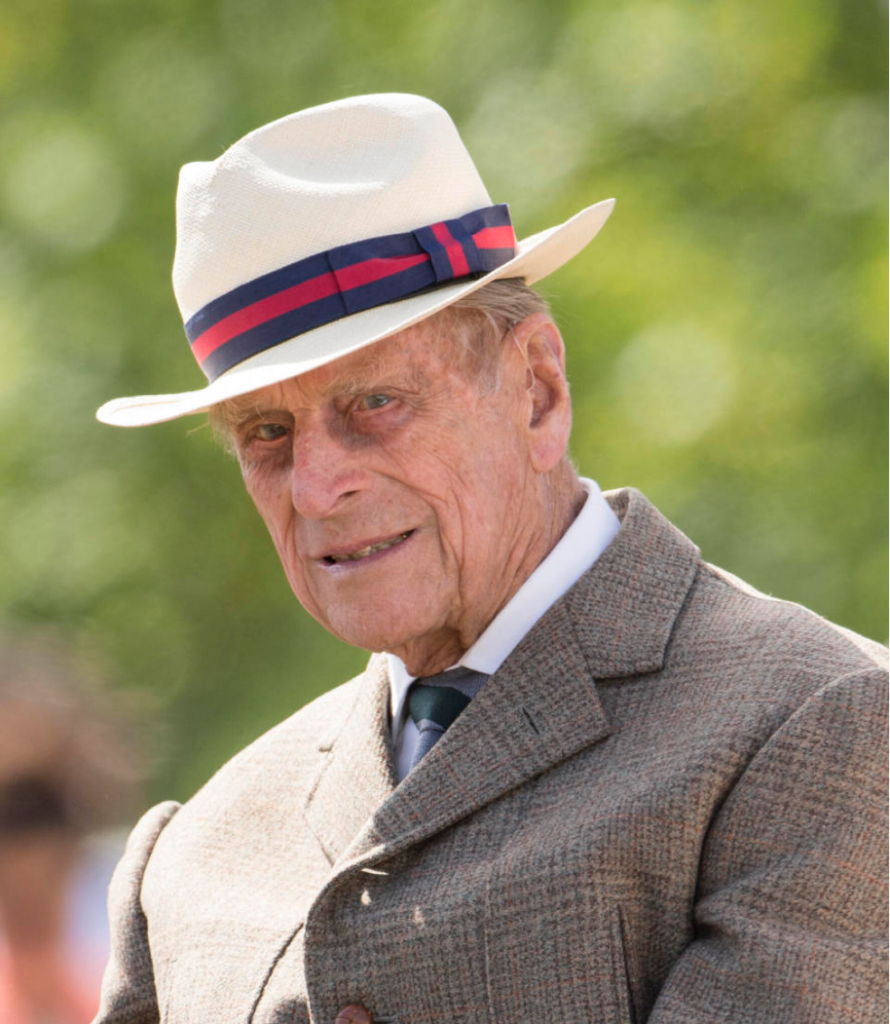 Prince Philip, Duke of Edinburgh (born Prince Philip of Greece and Denmark), was a member of the British royal family as the husband of Elizabeth II. Philip was born into the Greek and Danish royal families in Greece, but his family was exiled from the country when he was only eighteen months old. Educated in France, Germany and the United Kingdom, he joined the Royal Navy in 1939.  In the same, he began corresponding with the thirteen-year-old Princess Elizabeth, whom he had first met in 1934.

After the war, Philip was granted permission by George VI to marry Elizabeth. Before the official announcement of their engagement, he abandoned his Greek and Danish titles and styles, became a naturalized British subject, and adopted his maternal grandparents’ surname Mountbatten. He married Elizabeth on 20 November 1947. Philip left active military service when Elizabeth became queen in 1952, having reached the rank of commander, and was made a British prince in 1957. Afterwards he had four children with Elizabeth.

Philip was noted for occasionally making observations and jokes that have been construed as either funny, or as gaffes: awkward, politically incorrect, or even offensive, but sometimes perceived as stereotypical of someone of his age and background. During a state visit to China in 1986, in a private conversation with British students from Xi’an’s Northwest University, Philip joked, “If you stay here much longer, you’ll go slit-eyed. “The British press reported on the remark as indicative of racial intolerance, but the Chinese authorities were reportedly unconcerned. His comment had no effect on Sino-British relations, but it shaped his own reputation. For example, in May 1999, British newspapers accused Philip of insulting deaf children at a pop concert in Wales by saying, “No wonder you are deaf listening to this row”. Later, Philip wrote, “The story is largely invention. It so happens that my mother was quite seriously deaf and I have been Patron of the Royal National Institute for the Deaf for ages, so it’s hardly likely that I would do any such thing”. When he and the Queen met Stephen Menary, an army cadet blinded by a Real IRA bomb, and the Queen enquired how much sight he retained, Philip quipped: “Not a lot, judging by the tie he’s wearing.” Menary later said: “I think he just tries to put people at ease by trying to make a joke. I certainly didn’t take any offence”.

Philip died on the morning of 9 April 2021 at Windsor Castle, aged 99, two months before his 100th birthday. He was the longest-serving royal consort in British history. The cause of death has not been disclosed, though the palace said Philip died peacefully. Philip’s daughter-in-law, the Countess of Wessex, confirmed the official statement, describing his death as “so gentle; it was just like somebody took him by the hand and off he went”. The funeral took place on 17 April 2021 at St George’s Chapel, Windsor Castle.