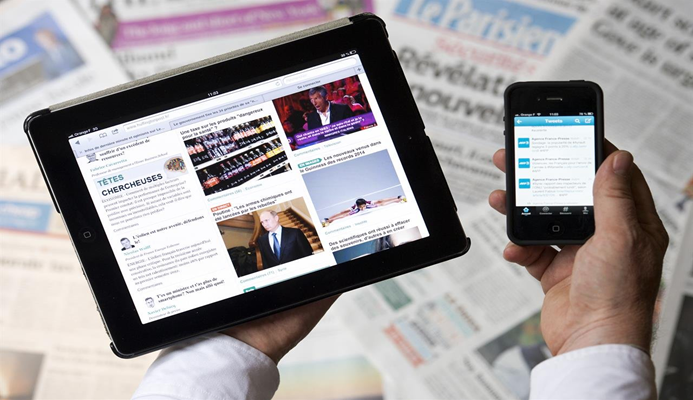 POLLUTION IN THE WORLD IS A CRACK STILL TO BE RESTORED.

HOW IS THE ONLINE NEWSPAPER BORN?

Online journalism was born in the United States in 1992 when some small newspapers decided to experiment with web journalism to have greater visibility.

The newspapers arrived on the net in 1993 but were not successful: the online version, for a fee, was basically a copy of the printed version. Few paid for something that, at the usual price, could be had in a more popular format. The first small newspaper to be published on the web is the San Jose Mercury News, in 1993. In Italy, the first newspaper to enter the network was L’Unione Sarda, in 1994. The circulation of Italian newspapers was held back by illiteracy in a percentage greater than in other industrialized countries. At the end of the nineteenth century, the main Italian cities had a newspaper and at the beginning of the twentieth century, 500,000 copies were produced nationwide. At the end of the Second World War, it reached 5 million copies with 136 newspapers on newsstands. Corriere Della Sera is still the leader in sales in an overall market of around 6 million copies.

In recent years, the increase in information technology, the spread of broadband and social networks, have led to more informed use of the network. Readers are mostly looking for news on the internet, which is no longer a copy of the print version, but often interactive articles written exclusively for the internet. Some newspapers (Corriere Della Sera, Repubblica, Guardian, New York Times) have even declared that the number of their web readers exceeds that of the traditional version. All this has attracted the attention of investors, who are increasingly willing to want web journals by purchasing advertising space within them.

Nowadays, unfortunately, the problem of pollution is still getting bigger and bigger. This arises mainly from the great human revolutions, which we continue to witness, and which unfortunately use products that are, for the most part, harmful to our ecosystem. This big problem with the passage of time could destroy our planet, but fortunately, it is not easily overlooked.  Pollution is a global environmental problem, which affects all states and all human beings, which is why it is addressed in various online newspapers around the world, including Corriere dDellaSera.

” The “drugs” that can cure the great ills of society without producing side effects are good news. The global socio-economic system is in fact affected by a classic problem of co-morbidities with inter-related and interconnected pathologies. The environmental issue is the main cause, which affects, among others, aspects of global warming and air pollution.

The European Climate Agency reports that air pollution, the second leading cause of death in the world (tumors, cardiovascular diseases, respiratory diseases), caused approximately 360,000 deaths in the European Union in 2019, 65,000 of which in Italy. And he calculates that if we had remained within the recommended limits of Pm2.5 and Pm10 by the WHO for health, we would have had about 32 thousand fewer deaths. The good news is that half of the dust emitted depends on how we save in our homes. New homes built today generally use heat pumps that do not produce particulate matter and greatly reduce CO2 emissions compared to old forms of heating. In the best practices of our country, new condominiums are born with zero-impact buildings, heat pumps, and energy communities. We are an energy-intensive country that has always had to suffer the whims of those who produce oil and gas and are able to influence and determine prices on the market (OPEC in the first case, Russia in the second). The revolution of renewables capable of reducing this dependence is in full swing. That is, it is possible for condominiums, business networks, groups of citizens to become energy prosumers with plants that produce renewable energy intended in part to meet the needs of self-consumption. In this way, three important benefits are achieved: the reduction in the cost of bills, the premium for self-consumption paid by the government, the realization of revenues from the sale of excess energy produced and not self-consumed in the network.

Fight against global warming, health, economic support that fights poverty and high bills. The good news is drugs are capable of curing the ills of our times, without producing side effects, on the contrary managing where possible to positively affect more dimensions of the problem.* Economist, University of Rome Tor Vergata ”

Unfortunately, the global pollution problem continues to persist, but as mentioned previously, thanks also to new technologies, starting from even the most trivial things, we will be able to reduce these gas emissions that simply ruin the planet and our health above all.