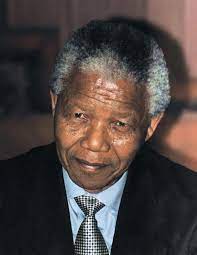 Nelson Mandela, the man who brought peace to his country

The presidency of Nelson Mandela began on May 10, 1994, when Nelson Mandela, an anti-apartheid activist, leader of Umkhonto We Sizwe, lawyer, and former political prisoner, was inaugurated as President of South Africa and ended on 14 June 1999. He was the first non-White Head of State in South African history, as well as the first to take office following the dismantling of the apartheid system and the introduction of full, multiracial democracy. When Mandela began his term on 10 May 1994, he presided over the transition from minority rule and apartheid, winning international respect for his advocacy of national and international reconciliation.

But this wasn’t as straightforward as it may seem, and it would be unacceptable to avoid diving into the background of this historical event to truly understand its importance.

South Africa had officially been a British colony since 1815 and was seen as a deposit of precious resources and cheap human labour. Over the years, some laws had been implemented to protect the native population like the United Kingdom’s Slavery Abolition Act in 1833, but effectually only served as a façade to hide the truth, as black people were being discriminated against and segregated. The restrictions of the following years lead to the Apartheid, a system of institutionalized racial segregation, which lasted from 1948 until the early 1990s. Nevertheless, the economic legacy and social effects of apartheid continue to the present day. During these tense years, the ANC (African National Congress), which Mandela joined in 1942, represented the main opposition to the government, playing a major role in resolving the conflict through participating in the peace-making and peace-building processes.

It was also around this time that Mandela started to get involved in the revolutionary movements, eventually embracing the idea of a multi-racial front against apartheid. Charged with sabotage, treason, and violent conspiracy, Mandela acknowledged many of the charges against him and eloquently defended his militant activities during the trial. On June 12, 1964, he was sentenced to life imprisonment. Mandela spent the first 18 of his 27 years in jail at the brutal Robben Island prison, however, he continued his political activity as much as he could. In 1990, after his unconditional release finally being announced, he participated in the negotiations to end apartheid, and together with the ANC began campaigning for the upcoming elections of 1994.

1994 South African general elections were held between 26 and 29 April 1994. The elections were the first in which citizens of all races were allowed to take part and were therefore also the first held with universal suffrage. The election was conducted under the direction of the Independent Electoral Commission (IEC) and marked the culmination of the four-year process that ended apartheid. The leaders of their respective parties that were running for the election were: Nelson Mandela (ANC), F. W. de Klerk(National), Mangosuthu Buthelezi(IFP), Constand Viljoen(Freedom Front), Zach de Beer(Democratic Party), Clarence Makwetu(PAC).

The key elements for a successful election were in place. The Transitional Executive Council had been established in October 1993 to promote the conditions for free political activity in the run-up to the elections, moreover, the main political parties had strong party campaign machinery. For Mandela, though, beyond being the leader and face of the ANC campaign, the fundamental issue was to ensure the legitimacy of the founding election, as an essential condition for a peaceful transition to democracy. The ANC President travelled to virtually every corner of the country. In the run-up to the elections during the last six months, he personally addressed at least two and a half million people through rallies and meetings across the length and breadth of South Africa. Modern research techniques like opinion polling and People’s Forums were used to engage with the people face-to-face: «The ANC sought not to speak to the people, but to speak with the people». The ANC also led mock elections and other bolstering strategies as a part of the voter education campaign. The election campaign did not always proceed smoothly, as the attitude of the National Party of De Klerk was extremely negative, and at times, plainly immoral in its campaign to be re-elected. On the contrary, the ANC tried its best not to resort to such low-level tactics, showing a constructive nature that greatly increased the party’s popularity.

Altogether, after the election, 19,726,579 votes were counted, and as widely expected, the ANC won a sweeping victory, taking 62 percent of the vote, just short of the two-thirds majority required to unilaterally be able to modify the Interim Constitution. This document required that the ANC formed a Government of National Unity with the National Party and the Inkatha Freedom Party, the two other parties that won more than 20 seats in the National Assembly. The new National Assembly’s first act was to elect Nelson Mandela as President, making him the country’s first black chief executive.

“A fundamental concern for others in our individual and community lives would go a long way in making the world the better place we so passionately dreamt of.”, these are some of the most famous words of Nelson Mandela, who showed the entire world that love and dedication towards his people were stronger than an oppressive political system which was brutalizing an entire nation for almost half a century.