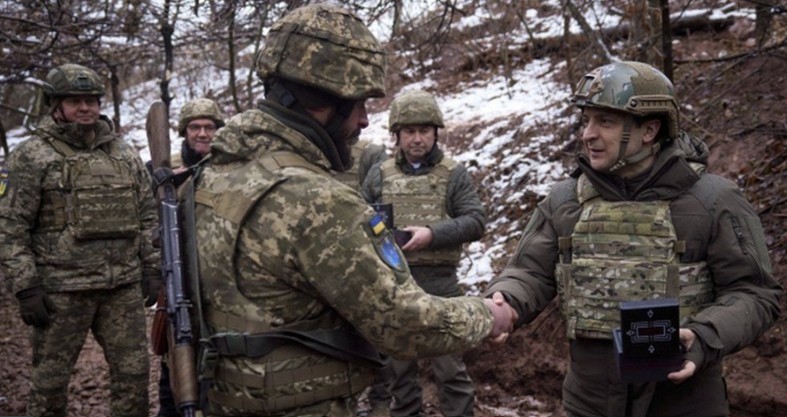 MEDIA BIAS IN THE UKRAINIAN AND RUSSIAN CONFLICT

How much does bias, displayed in news publications, affect our personal opinions on the ongoing events of the world? Do we really know what bias is and how to recognise such an able enemy at disguising itself among the millions of daily notifications coming from the social media and the newsletters we have subscribed to? The state of total impartiality and objectivity is what journalists and editors should aim at, especially when reporting factual information; nonetheless, excluding the forms of prejudice which are willingly expressed, having a slight political inclination towards one of the sides involved is often subconscious and therefore it presents an obstacle in the path of readers who want to acquire unprejudiced knowledge and afterward decide for themselves which side they are on. Consequently, my advice is to avoid looking at single-sided theories but rather analyse and compare pieces of the same topic published by different editors and platforms. Furthermore, as checking the reliability of a source might be insufficient for a thorough inquiry, searching for its political leaning will prove to be extremely helpful in its interpretation.

During the last couple of days, the television news and our technological devices have been informing us and sending us notifications of the violence escalating in the neighbour country of Ukraine on which soil a full-scale war has rapidly broken out. Worldwide, every single press agency has been covering the subject with the latest and the daily reports of the catastrophes, as well as in-depth analysis of the crisis provided by experts and articles covering the topic more broadly starting from the complex cultural and political relationship which has long linked Russia and Ukraine.

The BBC, the National Broadcaster of the United Kingdom, in the article “Why is Russia invading Ukraine and what does Putin want?” presents the brutal Russian attack launched on the 24th of February before the rising of dawn on the Ukrainians, whose country, according to President Putin’s arguments, requires actions of “demilitarisation and de-Nazification”. After the end of the

pro-Russian government led by President Viktor Yanukovych, Putin had continuously tried to take control of Ukrainian regions as it has happened in Crimea together with Donetsk and Luhansk and now his strategy seems to seek at “overthrowing Ukraine’s democratically elected government”, as the article quotes, and “free the country from the oppression”. This is what the BBC defines as the “false narrative” that the Russian population has been provided with as a justification for the military actions carried out and the employment of numerous young Russian men for the invasion. Both the BBC and the CNN, a multinational news-based television channel, as chief representatives of the western countries’ press in the world, have primarily focused on widely spreading through the news and the media a portrait depicting the western and the NATO alliance in its strength, power, and unity, proving once and for all that the ties established are not only economic but instead arise from the sharing of the fundamental values of democracy, freedom and human rights respect. As a matter of fact, “Vladimir Putin is facing stiffer opposition than expected – both inside and outside Ukraine” published by CNN is symbolic and essential for understanding the message of a united front against the “false and irrational arguments” of the Russian president and his unacceptable military actions. As a case in point, the American news channel targets the readers’ attention on the endless list of economic sanctions that “are already hurting the Russian economy” and that will result in a soon to be worsening “economic pain” hurting the majority of the Russian citizens who will undoubtedly start wondering the real reasons behind such a considerable risk willingly faced by Vladimir Putin.

On the issue regarding the Russian public’s perception of the evolving invasion, The Moscow Times, an English-language online newspaper based in Moscow, has released the strongly opinionated and yet quite ironic editorial with the headline “Why Russians are hostages to Putin” in which the president himself is defined as an “armchair expert” declaring war to “diminish the imperial phantom

pains that torment him”. Similarly, the article reflects on the semantic paradoxes and word associations chosen by Putin. As a case in point, the author mentions the absurdity of trying to achieve, according to the Russian president’s ideas, the demilitarisation of Ukraine with the aid of military means or, likewise, the liberation of the areas which had been oppressed by the Ukrainian regime by carrying out military oppression on the so-called oppressors.

An antithetical view to the one of the allegedly called “militant anti-Putin paper” is instead expressed by Tass (Russian News Agency), the major news agency in Russia. Owned by the Russian government, it is known for supporting the president’s propaganda and manifesting extreme partiality towards it. It is considered a questionable source, not only for lack of neutrality but also for the consistent promotion of the Russian government’s conspiracies and insufficient sourcing of credible information. The article entitled “Putin launches operation to denazify Ukraine and its economic implication” reports, as an explanation of the attack, the protection of the people inhabiting the regions of Donetsk and Lugansk. While the BBC and the CNN firmly condemned the Russian government’s actions and proclaimed the harshness of the economic sanctions attributed globally by numerous countries, Tass assured citizens that the country is “well-prepared for these possible restrictive measures and has a certain safety cushion” and that “the sanctions against Russia could boomerang on European economies” implying equally a counter strategic financial plan formulated beforehand and a depreciation of the norms established to support Ukraine.

The topic of the Russian-Ukrainian conflict is covered in profoundly different ways, at times from contradicting angles, alternatively, emphasising various aspects of the event depending on the message that the author themselves want to communicate or the impression that they want to make on the readers. Bias can be concealed by strong word choice, headlines, placement and layout of paragraphs, omissions and images. For instance, the picture from the BBC article, of the Ukrainian president with the military equipment side by side with his fellow citizens, embodies the ideas of freedom and sovereignty along with courage and willpower which represent the key reasons for the fight for the liberation of a country whose independence and self-government is at stake. Whether positive or negative, bias plays a central role in building first impressions, and therefore, avoiding surface reading and text skimming becomes essential for decreasing the misperceptions on current events and the disinformation resulting in chaos and misbelieves.