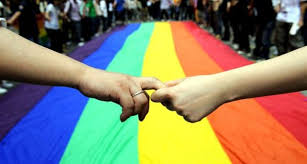 LGBTQI+: TO OPEN THE MIND.

The acronym LGBT is intended to emphasize the diversity of cultures based on sexuality and gender identity and is sometimes used to refer to anyone who is not heterosexual (attraction towards the opposite sex) and cisgender (individual who feels comfortable in their own body as gender identity corresponds to biological identity) instead of people who are exclusively lesbian, gay, bisexual or transgender. To acknowledge this inclusion, a popular variant adds the letter Q for those who identify as queer or are questioning their identity, creating the acronym LGBTQ, registered since 1996. However, LGBTQ includes very many minorities, generally indicated with the symbol ” + ” next to Q.

But where does LGBT come from, and when do we remember it?

It must be said that this community has always existed, starting from the Middle Ages (where they were burned and persecuted), crossing the whole world, we could say ancient Rome and ancient Greece reaching our days.

The Stonewall Riots took place on the night of June 27-28, 1969. Police violently broke into New York City’s Stonewall Inn, known in the city for being frequented by the LGBTQ + community and for selling unlicensed alcohol.

In New York of those years, police raids in similar places were quite frequent, but that evening, at the Stonewall Inn, a movement of resistance arose, which gave birth to what would go down in history as the Stonewall riots.

Police raids on bars like the Stonewall Inn were the order of the day in the Big Apple of the 1960s. The LGBTQ + community was forced to live silently in the dim light, excluded from any form of legal protection, discriminated against and victim of daily violence and discrimination. Suffice it to say that homosexuality, in America at the time, was still on the list of mental illnesses and will remain on this list until 1973. It is in this climate of terror that the Stonewall riots come to life. Very often, the owners of the clubs warned each other about the possible break-ins of the evening. But not that night, not at the Stonewall Inn.

Upon their arrival, police officers began arresting anyone who was found to be undocumented or those wearing clothes deemed to be of the supposed opposite sex. The crowd, tired of the abuses, rebelled. At this point, the story takes on a mythical aura. In fact, we don’t really know what was the spark that started the real revolt. The stories are many and it is likely that they all occurred, perhaps at the same time. The most popular version stars Sylvia Riviera, a key figure and now a symbol of the LGBTQ + community. It was she, according to many, who threw the first bottle (or perhaps a high-heeled shoe) at one of the officers. According to others, it was the glass thrown at a mirror by Marsha P. Johnson that triggered the riot.

People poured into the streets and the police were forced to hole up inside the premises, while the owners of the nearby premises flocked to witness the revolution taking place. There is also a third fundamental figure in this story, that of Stormé De Larverie. The woman, arrested for being a lesbian, asked the crowd to do something and triggered a series of chain reactions with her desperate cry for help. The situation had been saturated for some time now, and such a reaction was exactly what one might expect from a long-crushed and oppressed community like the LGBTQ +. The rumor spread and, within a few hours, what started as a small neighborhood rebellion became a real revolt involving more than 2000 people and more than 400 agents.

Exactly one year later, in response to the events that took place at the Stonewall Inn, the GLF organized a peaceful march to give a voice to the entire LGBTQ + community. About 10-15 thousand people took part in what became the first Gay Pride in history.

Thanks to that night, thanks to those who first had the courage to expose themselves. Remembering what happened, participating in prides, is still essential. There are countries that really manage to take steps forward, such as Switzerland, which has officially legalized gay marriage, and others that are taking steps backwards, such as Hungary which has banned them from adopting and changing sex. All this is NORMAL. Many people have died for their rights, to love someone, to be considered ”different”. Love is love. Homophobia is not thought, but offense and discrimination. Open your mind.