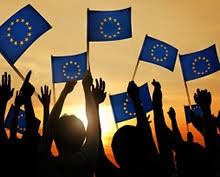 Literally “young translators”, it is a European online contest that each year allows more than 3000 seventeen year-old students to try their hand in a translation and, optimistically, to win.

The competition has been organized each year since 2007 by the DGT, the Directorate-General for Translation, part of the European Commission, and the main aim is to promote language learning in schools, multilingualism, openness towards other cultures and to show young European students what it means to pursue a career related to languages and translation.

Each of the 27 Member States of the EU takes part in the event and, conventionally, if too many schools apply from a particular country, they are randomly drawn by the Commission, to ensure a correct numerical partition of students in the states.

As the DGT says: “The question that every translator must ask is: how do I make the message well? A good translation should have the same impact on the reader as the original text.”
And to consent to the young competitors to write the best translation, the competition extends for two hours and allows the use of paper dictionaries, to print the one-page text to translate and take notes on it, but, mostly, to choose to translate from any of 24 European Union official languages into any of those 24, which offers 552 possible language pairs.

Subsequently, the competitors have to submit the text through the online platform, before the time expires, and a commission of organizers and translators will later assess the translations and select the winner by using five main criteria: accuracy, grammar, punctuation, creativity and fluency.

The contest culminates in the Award ceremony in Brussels where all the winners, one per Member State, attend the ceremony in the presence of the Commissioner to honour their prodigious achievement.

It is an original and successful way to confront various cultures and the benefit of the initiative is confirmed by the growing interest that it has created in schools through the years. The general spirit of the competition is considerably friendly and joyful and allows young, creative and skillful students to test their abilities in the stressful environment of a match. Also preparing for the contest permits to create an active mindset in the world of languages and to fastly search for the most simple, immediate and most explicit way to express a concept.

Surely, having a short time and limited tools examines your preparation and your capacities, but, at the same time, remains a fun way to improvise yourself in the arduous world of a translator.