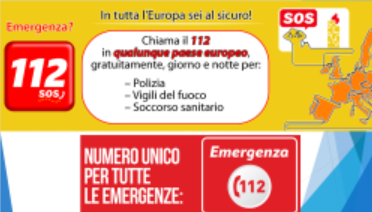 For celebrating the international Day of forests,  we took part to a webinar, on March 30, arranged by my school, that was a great lesson of civic education. The date of March 21, symbolically chosen by the General Assembly of the UN , coinciding with the arrival of spring, was then extended to the following week. So the last decade of March is entirely dedicated to the organization of events at local, national and international level to raise awareness of the value of forests, the “lungs” of the earth. The event organized at school is part of the activities of our eTwinning project “Forest Fire Prevention”,  in cooperation with Turkey and Italy (founder schools) and also Poland, Portugal, Romania and Serbia.

The project, run by our teacher of English and eTwinning Ambassador Maria Anversa Grasso, aims at developing both linguistic  and digital skills. In fact all of its products are written in English; moreover, my classmates and I, who are directly involved in this project, are experimenting lots of digital tools.

The issue of forest fire prevention, during the webinar, was examined by the various speakers from different angles: biological-scientific, political-administrative and practical-technical. The Headmistress Domenica Pipitò, former science teacher, focused on biodiversity of forests, identifying three levels (genetics, species and ecosystems), the balance of which is threatened by forest fires and climate change. The Councilor for Culture of the Municipality of Barcelona PG, Viviana Dottore, has extensively described the environmental protection policy of the Municipal Administration, even if this  is the responsibility of the Offices of Sector VII (Environmental and territorial management); she spoke about the management of the  public green spaces, and also the system of separate waste disposal and then  focused on the prevention of fires in urban and extra-urban areas by means of weeding techniques.

The geologist Giuseppe Nania, being the representative of the local Civil Protection,  first of all investigated the causes of forest fires, classifying them as natural and accidental or fault and willful. As far as the effects of forest fires are concerned, they are devastating for  multiple reasons: destruction of the flora and fauna in the affected areas (for example, it is estimated that 30% of the koala population died due to the fires and now the species is in danger of extinction ); pollution of the atmosphere due to the propagation of carbon dioxide which contributes to increasing the phenomenon of the hole in the ozone layer; the impoverishment of the landscape; the economic damage as the timber is destined for production and trade; deforestation and increase in landslides.

Unluckily, Sicily is the Italian region in which the largest number of forest fires occurred according to the statistics. The geologist gave u salso some  suggestions to prevent forest fires: – do not throw away cigarette butts or matches that are still lit; – never light fires in the woods, use only the equipped areas, and in any case make sure that the fire is out before leaving; – when parking, make sure that the muffler is not in contact with drygrass; – do not burn stubble, straw and agricultural residues without the necessary precautions.

Finally, if the fire is in progress, call the emergency number: 112. 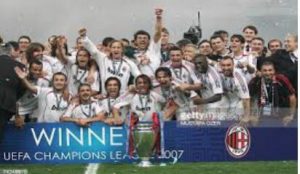 A football team in red and black

Football club The AC Milan was founded as Milan football club and Cricket Club in 1899 by Herbert Kilpin. He stated: “We will be a