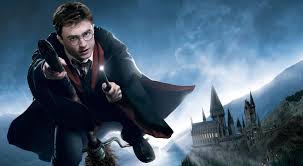 As you can well understand from the title of the article we will talk about Harry Potter, especially its nineteen years. In short, a kind of anniversary.

In summary, they talk about Harry Potter, an orphaned boy of a mother and father magicians with magical powers. He discovers all this on his eleventh birthday when he gets the letter from Hogwarts (one of the most famous magic schools in the world). Here Harry will learn to fly, play Quidditch but above all make new friends, for example, with Ron Weasley and Hermione Granger, he will also have rivals such as Draco Malfoy, discover the meaning of true love with little Ginny Weasley, be supported by the greatest magician of all time as well as Albus Dumbledore, clash several times with Severus Snape and come face to face with Voldemort.

But now enough spoilers, let’s talk about the characters instead: Harry Potter lived with his aunt and uncle and his cousin Dudley as his parents were killed by Lord Voldemort, the latter had tried to kill even little Harry who saved himself with the sacrifice of his mother, Lily. Then we have Ron Weasley, Harry’s best friend, he’s pureblooded and he’s the sixth son among his brothers. He was born and raised in the magical world unlike Harry and Hermione. The latter is the daughter of Muggle parents (ordinary people without magical powers who do not know the existence of the magical world), she is one of the best students at Hogwarts. Harry’s rival and Draco Malfoy, he is part of the green snakes and can’t stand all those who have not entirely magical origins, is an ambitious, arrogant and spoiled boy and is the son of death eater (follower of Voldemort) Lucius Malfoy and Narcissa Black (sister of death eater Bellatrix Lestrange, as well as Draco’s aunt). Harry’s girlfriend Ginny Weasley, Ron’s sister and is the weasley little girl. Albus Dumbledore, principal of Hogwarts, is the only person Voldemort has ever feared. Severus Snape, the potion professor and director of the Green Serpents, was once a follower of Voldemort and hates Harry Potter for his strong resemblance to his father, James Potter and rival to the potion professor himself. Finally, among the many characters we have Voldemort, in his youth he was called Tom Riddle, he is the darkest magician ever, he loses his powers after trying to kill little Harry but buys them back during the fourth film in the “Harry Potter and the Goblet of Fire” saga where he unleashes a second magical war.

Obviously during the course of the saga various characters will appear and others will disappear… But of course I won’t spoil anything for you. Some time ago an eighth book called “Harry Potter and the Curse of the Heir” was published, which talks about the children of the protagonists, we have the little Albus Severus Potter, son of Harry Potter and Ginny Weasley, who will prove to be the protagonist of this book. Now Harry Potter is known all over the world for its international success, it is followed by young and old but is suitable for all ages. In short, we can thank J.K.Rowling for giving us this magnificent masterpiece.