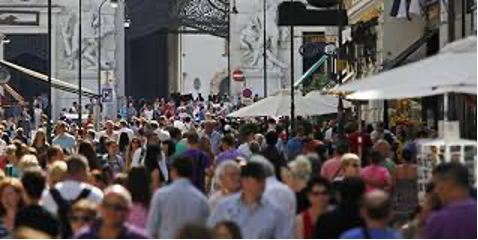 Is it going back to normal?

The pandemic has hit the tourism sector hard, which in turn reflects on the global economy of other sectors.

Its condition represents a great obstacle for a possible recovery, as, for example, the sector in 2018 contributed 10.4% of world GDP and with the current restrictions is facing a very complex period.

According to the table drawn up by Schroders (based on data from the World Bank and OMT), the contribution of all tourism to the Italian economy is equal to 13.1%, slightly less than Spain; while it is 6.4% if you consider only international tourism.

The limitations of travel both in the national territory and abroad, added to the total or partial closures of activities related to the tourism sector, have led to a decrease in turnover at the lowest point of the first wave of Coronavirus, in April 2020, reached 95% compared to a year earlier.

After the partial recovery in the summer months, in the autumn the second wave of infections necessitated a strengthening of restrictions in many countries, as well as the suspension of activities related to winter tourism.

The sector, despite many difficulties, is preparing to restart. But we must take into account some changes that brought the experience of the pandemic, not only in the organization and strategies of tourism companies but also in the behaviors and choices of travelers themselves, oriented towards closer destinations and more attentive to environmental sustainability.

The role of the policy is to support these changes starting from the introduction of appropriate measures to bridge those differences in levels, which lead Italy in a disadvantageous and backward position, compared to other countries.

According to the WEF’s international rankings, there is still a lot of work to be done on infrastructure, transport, bureaucracy, digitalization and the promotion of the country’s image.

The PNRR is already planning something, in fact, investments have been allocated for 6.68 billion euros in the sector “Tourism and culture”.

Of these, about 3.4 are addressed directly to tourism activities to improve structures, raising the competitive capacity of companies and promoting a type of tourism based on environmental sustainability, innovation and digitalization of services.

This is an important step to relaunch a sector that has a fundamental role for Italian and global growth. Without the relaunch of tourism, the much-desired economic recovery becomes impossible.