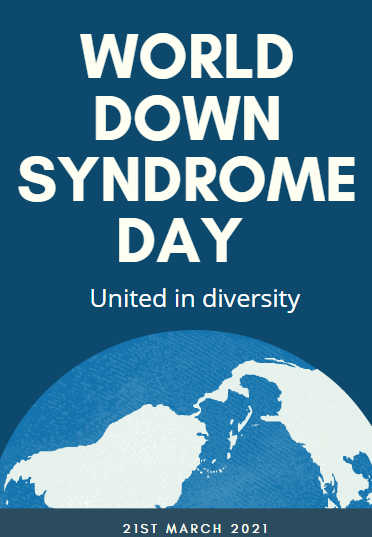 DOWN SYNDROME IN EUROPE AND IN ITALY.

The International Day of Down syndrome is celebrated every year on 21 of March after a resolution from the United Nations General Assembly since 2011. This symbolic date gives the occasion of planning events for raising awareness towards this syndrome and enhance the rights for inclusion and well being of those the people affected by it in the world. That’s why I wanted to focus this topic, analysing the situation of Down Syndrome in Europe and in Italy. First of all, what Down Syndrome is? It is a genetic disorder due to the abnormal cell division leading to an extra copy of the 21st chromosome. This causes physical and mental features common to all the babies born with this problem. However, depending also on the  syndrome severity, people affected by it can have an almost normal life. In spite of this, families need support and information if they have to face the problem directly. Situation varies according to the Country.

In Iceland, more and more women are choosing to terminate their pregnancy when they discover that their baby has Down syndrome.

In recent years, one or two people with Down syndrome have been born per year, out of a population close to 335,000 inhabitants on the island of Northern Europe. But the tendency is to make sure that this does not happen again: the majority of women who receive a positive response to the prenatal test for the presence of chromosomal abnormalities in the fetus, put an end to the pregnancy.

The law in Iceland allows abortion even after sixteen weeks in case of abnormalities in the fetus and Down syndrome is included among these. Helga Sol Olafsdottir is among those who give psychological support and advice to women who receive a positive response to the prenatal test. “I talk to them before they make the decision whether to end or continue the pregnancy” “This is your life and you have the right to choose what your life will be like.” The intent is to avoid any guilt feelings.

In the Corriere della Sera, Lucetta Scaraffa, who has been on the National Bioethics Committee since 2007, harshly criticized this primacy of Iceland: “There is nothing to exult”. “Morally it’s a murder. It is a crime to kill these children who have every right to live. You try to ask them if they are happy and hear their answers”. Accusing Iceland of setting up a campaign close to eugenics.

Outside of the statistics, it is a phenomenon linked to two distinct aspects. The first is cultural: the search for the ‘healthy and beautiful’ child; in the case of Down syndrome (Sd) with prenatal examinations the diagnosis is practically certain and so many people choose abortion. But the ‘birth’ theme must still be connected to a second aspect, that of the ‘image’. The image and inclusive approach that exists in that country also affect the final choice. The second aspect is ethical: early prenatal diagnosis very often does not serve as prevention but is simply the antechamber of abortion.

Iceland is not the only country that is trying to eradicate the disease. In 2014, the Danish government announced that 98% of babies diagnosed with Down syndrome are aborted. In France, the rate was 77% in 2015, 90% in the UK and 67% in the US between 1995 and 2011. In some of these countries, such as the UK, there are restrictions on abortion if the mother has passed 24th week, but exceptions are allowed in the case of malformations affecting the fetus.

In recent times, a new project for work inclusion has been proposed. In Italy, about 13% of adults with Down syndrome work and it is a phenomenon that is certainly growing: simple but real jobs as a waiter or hotel cleaning.

The new international project precisely promotes job placement in the hotel sector. A label has been created, Valuable (worthy of value), for all hotel and restaurant facilities that are willing to accept people with intellectual disabilities in internships and then also in hiring. The brand has so far been launched in Spain, Portugal and Italy; About eighty structures have already joined and it is being proposed in other countries such as Hungary, Germany and Turkey.

The second project is a promotion work done directly to people with Sd regarding the care of their health and physical fitness. To this end, a very simple smartphone application has been created with which people can monitor themselves. it was tested with 72 people with Down syndrome, combined with an educational path, to make them aware of the importance of eating well and moving to have a healthier life.