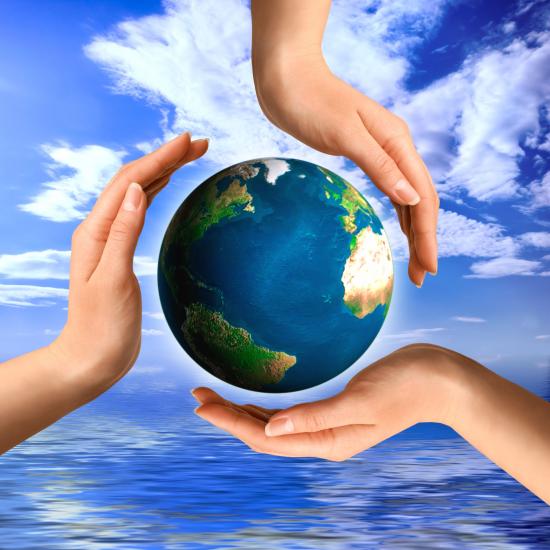 For some years now, climate change has been the determining issue of our time, made such by the enormous importance it has for the entire planet and all who live on it. Today, as never before, we are in a decisive momentvery close to a point of no return, after which our planet will no longer hold up against the enormous exploitation it is undergoing.

For this reason, let’s try to look a little more specifically, to see how and why we find ourselves in this not very rosy situation. What can we do to combat this wearing down of the natural balance?

The years in which we are living are the hottest ones that a man can remember. In particular, according to the World Meteorological Organization, in the last two decades there have been the 18 warmest years since 1850, and this will have consequences. Bitter consequences!

The increase in temperatures basically derives from the high emissions of CO2, which is a gas that is already found, in very small quantities, in our atmosphere. Unlike what is mistakenly thought, CO2 is not a harmful gas, but it is the huge amount that stagnates in the atmosphere that damages the ecosystem. This unnatural increase is due to the fact that this gas is produced by the combustion of fossil fuels (means of transport, industries and refineries , just to name a few). C02, CH4, HFCs, N2O and others are the gases responsible for the greenhouse effect. These gases       are deposited into the atmosphere, preventing the radiation from the sun and its reflections from leaving our planet,  trapping them back  on, or close to, the ground. For this reason, the world average temperature is rising dangerously; the limit is about 1.5° C. This limit must not be exceeded, in order to avoid catastrophic consequences for the ecosystem.

The consequences of this phenomenon are numerous, and all of huge gravity, such as: the melting of glaciers, which naturally contribute to regulating the temperature of the planet and which allow the existence of thousands of animal species. It is estimated that from 1997 to now almost 8 billion tons of ice melted, with an average sea level increase of 4 mm per year. In addition there has been an increase in vast fires and their duration, which destroy hectares and hectares of green, burning fauna, flora and a piece of the lung that keeps the Earth alive, and which are increasingly frequent (such as the series of fires that hit the ‘Australia between 2019 and 2020), burning more than 16,800,000 hectares and leaving behind death and devastation. Beyond that, we have an increasingly acidic ocean, causing the disappearance of numerous fish and marine organisms, essential to the ecosystem.

Furthermore, plastic, an organic material made up of polymers that derives from petroleum, also contributes to negatively alteration of the ecosystem. Its overabundant presence represents an obstacle to the processes of disposal and recycling, an obstacle which, added to  a neglectful attitude  towards the environment, leads to abandoning this dangerous material in the environment, polluting a very large portion of the planet. Just think that there are 7 floating landfills in our seas (a plastic island has truly impressive dimensions, about 3 million km2, or 8 times Italy. All this plastic, of course, is ingested by fish, in the form of microplastics; it is estimated that, along the Italian coasts, there are almost 30 billion microplastics, which are ingested by fish and therefore … by us! (according to a study by Newcastle, every week a single human ingests enough plastic to make a credit card).

Despite all this, many government leaders continue to maintain an attitude of carelessness.  Even though according to various international treaties, such as the Kyoto protocol, or the package of legislative proposals of 2008 known as “20-20-20” (which aimed to reach 20% of renewable energy produced by 2020, 20% more than the energy efficiency of each country and 20% less CO2 emissions) CO2 emissions had to decrease significantly, they are constantly increasing. The expected results have been achieved only in part and the actions of those who want to implement a change are not sufficient to guarantee an improvement of the data. However, some of the most important nations, also urged by organizations for environmental protection (such as WWF), are setting targets to be achieved towards zero emissions by 2030 (Finland) and 2050, with the intention of starting a process of change, and leaving space for nature in the act of self-regeneration. With the Paris Agreement   the world has undertaken to prevent the global average temperature from exceeding the thresholds of 1.5-2 ° C, while some points of the Lisbon Agenda 2030 (such as 13-14 -15) invite states to collaborate in integrating environmental protection measures (more developed countries are proposed to raise 100 billion dollars annually to help developing countries).

The situation is really serious .  In September 2020, in Union Square, a “climate countdown” appeared , showing that there are just over 7 years to a point of no return, after which it will be almost impossible to manage the situation. The climate clock was visible for a few days, with the aim of inviting everyone to reflect and do something to save our planet.

But all of us, in our small way, can give our contribution in order to pollute less. There are 10 behaviors that each of us can easily integrate into our daily life – trivial actions that would have a positive impact of considerable magnitude, such as  covering up and avoiding turning on the heating when it is not really necessary, reducing the use of plastic and paper, reducing water consumption, making separate collection of refuse, not cooking excess food, taking care of nature, buying locally, using public transport, planting trees, and turning off the lights when not needed.  Moreover, Pope Francis also advised the faithful to respect these small rules. During the world day of prayer for the care of creation, he also reminded us to “thank God for creation.” Another good idea would be to adopt a small bioactive vegetable garden at home (balconies and terraces) which would allow you to have organic products without pesticides or other pollutants, at 0 km (thus avoiding transport and their polluting processes, and packaging plastics).  Even more importantly, each plant could absorb the CO2 that machines emit into the atmosphere, releasing oxygen.

It is necessary to give a good education to children, making them aware of this serious issue, during their first years of education, so that they, the citizens of tomorrow, could understand as early as possible how important it is to safeguard their home. I have noticed, with great pleasure, that there are many projects in schools in this regard, with the aim of creating activities for cleaning the environment and repopulating the natural flora, also bringing children to be outdoors, away from everyday technology, to have social relationships with friends and learn interesting things from nature. For example, with some of my classmates and my teacher, we founded a group with the intention of monitoring the pollution of our coast and cleaning it up.

To conclude, I would like to quote a famous British statesman, Edmund Burke, who said: ” The only thing necessary for the triumph of evil is for good men and women to do nothing.” It means we need to act.

And remember the words of the great activist Emma Watson, who, in a speech for women’s rights, invited us to ask ourselves two questions to encourage us to take action “If not me, who?” and “If not now, when?”