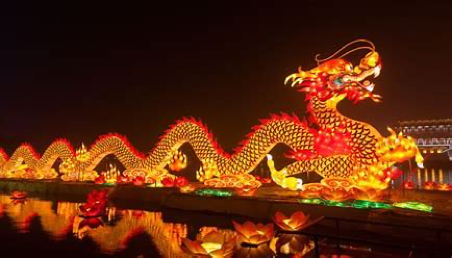 Chinese New Year, also known as Lunar New Year or Spring Festival, is China’s most important festival. The date of the Chinese New Year is determined by the lunar calendar:  in fact, the holiday falls on the second new moon after the winter solstice on December 21. Thus, each time the New Year in China falls on different dates of the usual Gregorian calendar, between January and February.  Every Chinese New Year is characterized by the choice of an animal that becomes the symbol of the festival. According to the oriental tradition, in fact, Buddha called all the animals of the earth to himself before his end. Only 12 ran to meet the Buddha and as a reward for their loyalty, each year a lunar cycle has been named after them. The Chinese New Year Animal is the Ox. Chinese New Year 2021 is on Friday, February 12, 2021.

According to Chinese legend, an ancient monster called Nian lived in China, he used to go out every 12 months to eat men. It was really terrible for everyone, in fact we can compare him to Minotauro. The only solution that men had to escape from the monster was to scare it with noises, fireworks and red color that he feared very much, so people continued to celebrate the monster’s defeat with these parties and disguises.

During the Chinese New Year, government, offices, schools, universities and many companies are closed. However, some enterprises such as banks often arrange for workers to be on shift duty and public transport is available. In many Chinese cities, from New Year’s Day, traditional performances can be seen: dragon dances, lion dances, and imperial performances like an emperor’s wedding. A great variety of traditional Chinese products are on offer, and rarely seen Chinese snacks. City parks and temple fairs are the places to go for this. Chinese New Year is also a time for families to be together. Chinese New Year’s Eve is the most important time. Wherever they are, people are expected to be home to celebrate the festival with their families.

The Lunar New Year lasts about 15 days, the actual party begins on the eve in which people usually stay with their families or with close relatives and ends with the party of the lanterns which is very striking. In this period there are many tourists who visit China; red Chinese lanterns hang in streets; red couplets are pasted on doors; banks and official buildings are decorated with red, New Year pictures depicting images of prosperity, every street, building, and house where Spring Festival is celebrated is decorated with red. Everyone tries to dress as red as possible, because red is the perfect color in this evocative moment. Red is the main color for the festival, as red is believed to be an auspicious color. So, Chinese and European share the same color for New Year, in fact also in Europe red is the color of hope and future.

The first day of the new year is dedicated to welcoming the benign deities of Heaven and Earth. More importantly, this day is also dedicated to visiting close relatives and friends, and especially parents and grandparents. In China, the home of pyrotechnics, fireworks have been a traditional New Year celebration since ancient times. Colorful and loud bangs are considered a way to chase away evil spirits, fearful of lights and confusion. After reunion dinner, families normally sit together to watch the Spring Festival Gala, one of the most watched TV shows in China. The Chinese New Year’s Eve dinner is called ‘reunion dinner’ and is believed to be the most important meal of the year.

This year, the Chinese New Year party was blocked due to Covid-19 and distancing, many celebrations with large numbers of people were prevented by law enforcement. However, there will be no shortage of celebrations, initiatives to celebrate the entry of the year of the ox. For some years now, the Chinese New Year has also been very popular in Italy, in fact last year the streets of luxury in the center of Rome were decorated to celebrate the typical anniversary of the Rising Sun.

Everyone hopes that in the future people will be able to celebrate once again these beautiful moments of family reunion, because they are not just a simple party but represent the identity of a people.