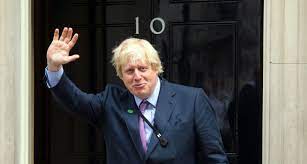 Following the resignation of Theresa May at the helm of the Conservative and Unionist Party, Boris Johnson ran for the leadership of the party, opposing the pro-European candidate Jeremy Corbyn. The vote ended on July 22, 2019, with Johnson winning 66% of the vote, against Corbyn 34%. On July 23, 2019, Johnson was announced as the new leader of the Conservative and Unionist Party. Alexander Boris de Pfeffel Johnson is a British politician, journalist and writer, and current Prime Minister of the United Kingdom, to whom, the day after his election, Queen Elizabeth II charged him with forming a new government; In doing so, Johnson promised in his first speech in office to get the UK out of the European Union (more commonly known as Brexit) by 31 October 2019 with or without agreement. This is the central theme of Johnson’s campaign, for which the government spent £100 million in a communication campaign focused on the UK’s exit from the EU on 31 October. Total spending on Brexit planning to date stands at £6.3 billion. In addition, companies across the country have spent large sums of money to prepare, with emergency stocks, for a no-deal that has not occurred.

Boris Johnson, who had an important journalistic career behind him, and consequently knowing very well what attracts and what does not attract a citizen, has been able to implement strategies in a very astute and diligent manner, with the clear aim of being elected; strategies that, as we have seen, have been successful.

The majority of the British people have confirmed that they want Brexit, perhaps more out of inertia and exasperation than out of ideological conviction. She wanted to get out of the limbo in which she had condemned herself after the referendum and clung to the only political leader who held out his hand to get her out with a single and simple message: Get – Brexit – Done.

They weren’t looking for alternatives because they didn’t have them. Certainly not in Corbyn’s Labour, of which it was never understood whether he was in favour of or against the exit of the United Kingdom from Europe. There are many bitterness and unknowns within Johnson’s crushing victory, although the premier and conservative leader at least confirms his instinctive qualities as a political animal. It embodies the spirit of the time, without a doubt, and it is perfectly in line with the voters’ desire for an extreme simplification, to the bone, of election promises.

This was the slogan repeated on every billboard, brochure, and doorstep during the Conservative Party’s campaign for UK elections. And when the results came in overnight, it was clear that those three words had helped win the overwhelming majority of Boris Johnson’s party, with at least 364 seats in parliament compared to 318 two years ago, the party’s biggest victory since the 1980s under Margaret Thatcher. The slogan “Get Brexit Done” obviously played a role in Johnson’s victory, says Tim Bale, professor of politics at Queen Mary, University of London. On balance, the election campaign has seen BREXIT play a leading role to the extent that it has served to attract the important votes of weary British voters, eager for immediate solutions and answers to the too many questions that the recess has raised over the past three years. In this perspective, it is not surprising that the extraordinary results of the Conservative Party, which was the net winner of this election, proved to be able to deftly intercept popular sentiments. Finally, against all odds, Labour suffered a crushing defeat, bordering on the historic defeat of the 1935 election with then-leader Clement Attlee.