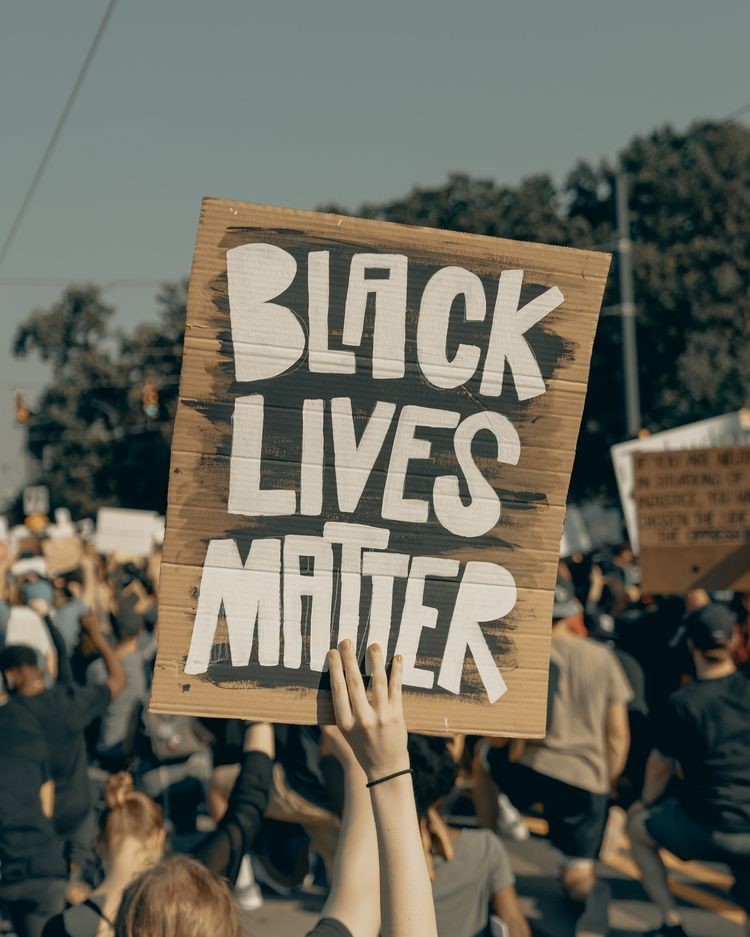 Undoubtedly nowadays everyone has heard or seen at least once on tv, on newspapers or among the countless posts on social networks, the motto Black Lives Matter.

… three words symbol of the international fight against racism and a motto that stands up for all the black people who have unfairly been murdered or denigrated just because of their skin colour… a motto to make their voices be heard.

Firstly Black Lives Matter was just an hashtag created in 2013 by three black women, Alicia Garza, Patrisse Cullors, Opal Tometi following the  acquittal of George Zimmerman, who had shot and killed 17-year-old African-American Trayvon Martin. Then the hashtag took over the internet and became the name of an international activist movement engaged in the fight against racism towards black people.

A recent episode of racism at socio-political level that has brought everyone’s attention back to such an important topic, took place in Minneapolis on May 25th, 2020. George Floyd, a black man, was murdered by a white police officer of the Minneapolis Police Department. While being arrested for using counterfeit bills, George Floyd was handcuffed and made to lie down. George didn’t show any sign of resistance, anyway Derek Chauvin, one of the four policemen who arrested  him, knelt on George’s neck for about 9 minutes ignoring George and the people who were there recording the whole scene, both begging the police officer to stop and stand up. I can’t breath was the phrase George said again and again for 8 minutes and 46 seconds. Then he stopped breathing.

The video went viral. It was the strawthat broke the camel’s back. Millions and millions of people took to the streets in all over the world to openly protest against the inequality in the US legal system and to say STOP to the all the injustice against black people.

Taking into account the recent events and the high number of black people killed everyday by those who are supposed to protect them instead, it is difficult to argue that the movement has achieved great success. America, for instance, also because of the policies of the Trump Presidency, which certainly did not benefit minorities, continues to be a country in which to be born black means starting disadvantaged in everything, as the data show.

The probability of being killed by the police for a black boy is between 9 and 16 times greater than a white boy.

The reports of the New York Times show the distribution of population and wealth in New York. African-Americans and Hispanics are mostly concentrated in traditionally low-income areas – Harlem, Brooklyn, Bronx, etc. – while the richest areas, such as Manhattan and Brooklyn Heights, are composed of white people. The same trend is also observed in other American cities, and it clearly tells us that segregation continues to be a reality rooted in America. These are the consequences of the so-called redlining: the policy that in the 1930s redesigned the boundaries between neighborhoods, segregating the black population in areas characterized by low income, lack of services and poor economy.

Today millions of people still walk the streets in all over the world screamingat the top of their lungs to make black people voices be heard but unfortunately, as we can see, few steps ahead have been taken since 2013.

When will we finally realize that we are all equal and that Black Lives Matter?