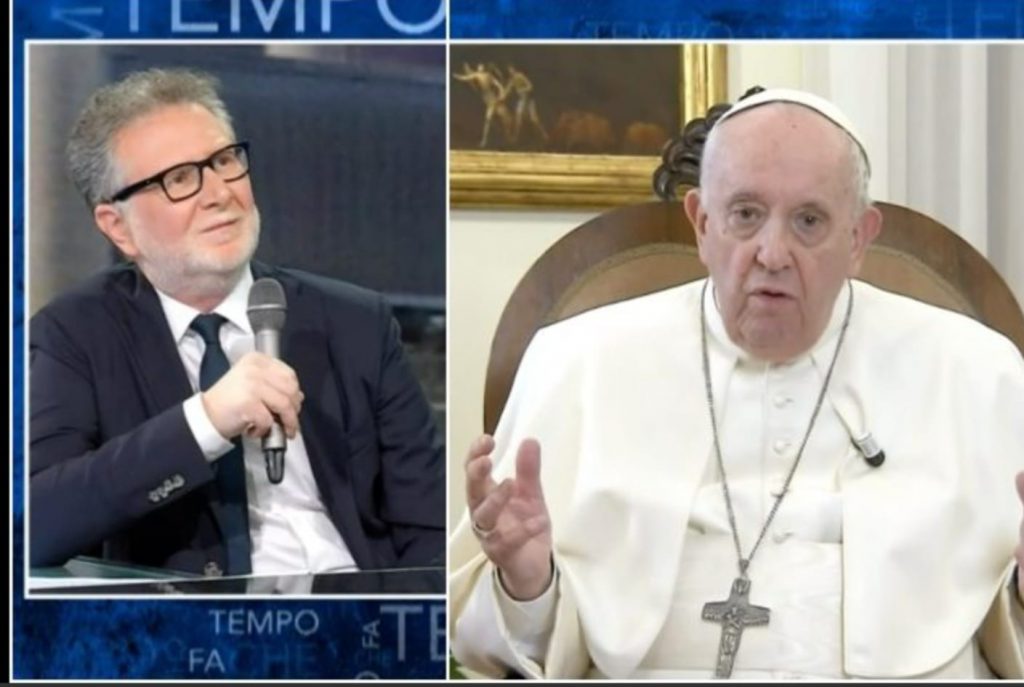 Wow! A pope on TV

On February 6, Pope Francis was on TV as “Che tempo che fa” talk show guest. He was interviewed live by Fabio Fazio for about an hour.

He was connected by remoto from his apartment in Santa Marta where he lives because he needs friends and not solitude.

It was the first interview of a Pope who has  often given interviews to Italian and foreign media since being elected pope in March 2013. But this was the first time that he answered questions on a talk show regularly followed by millions of viewers, breaking the taboo of television communication.

Pope Frances is famous for his original and unusual attitude.

Do you remember his sudden visits to the faithful, his escapades to the optician and to a record store or his surprise phone calls to everyone?

A modern Pope who has brought a breath of fresh air in the way he speaks to people.

In his interview, the Pope used a sincere, simple and humble language.

He aroused sympathy and emotion and he was called an intellectual at heart, a saint among men.

Francis underlined the importance of more solidarity among nations for those who are hoping for a better life somewhere in Europe.

Finally he made some more personal confessions: his interest in music, especially classical music, and in tango like everyone in Argentina.

He said that when he was a boy he thought about becoming a butcher, because his family’s local butcher wore a belt with money moving around in the pockets.

He concluded the interview by saying that spiritual worldliness is the cause of all evil and sin and that only prayer can save men: “we must pray and ask for forgiveness”, he said and then he asked everyone to pray for him, remembering that “there was a film by De Sica where he asked to give 100 lire, here I ask you for 100 prayers”.

He asked those who don’t pray, “at least send me good thoughts, I need the closeness of people”.

It was a touching interview that moved me and made me think about how lucky I am.

I don’t live in a war-torn country, I don’t suffer from hunger or poverty, I enjoy good health, I have friends and a family that loves me and that’s why I thank God every day with prayer.

I was also lucky enough to see him driving through Rome on Good Friday three years ago.

I was walking with my family. He was going to the Colosseum for the Way of the Cross and waved to us.