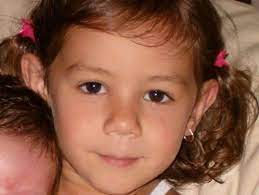 WHERE IS THE LITTLE DENISE?

Jessica Pulizzi, accused of kidnapping of a minor, was sent back to trial by the Judge of the preliminary hearing in Marsala on January 18, 2010. The first instance trial began on March 16, 2010 and lasted 3 years.

The disappearance of Denise Pipitone is a news story relating to an Italian minor which took place on 1 September 2004 in Mazara del Vallo, in the province of Trapani. The little girl, at the time she was almost four years old, disappeared while she was near the house of her maternal grandmother.

On the morning of 1 September 2004 Denise Pipitone, born on 16 October 2000, Denise disappeared from Mazara del Vallo, where she lived, while chasing her cousin in front of the house with her grandmother. At 11:45 am she was last seen by an aunt on the sidewalk in the street. The alarm was raised that same day.

After the disappearance of the child, some incidents were spotted.

Here are a few:
On October 18, 2004 in Milan a security guard spots a girl resembling Denise, in the company of a ROM group, who asks a woman “Where are you taking me?”.

In 2008 an Italian girl on vacation on the island of Kos notices a girl who looks like Denise Pipitone, with an Albanian lady. On March 31, 2021, a Russian nurse reports that she has noticed the similarity between Piera Maggio (mother of Denise Pipitone) and a girl named Olesya Rostova who tells her life to a Russian program, which is similar to the life of Denise Pipitone.

The searches started immediately, but found nothing for over a month. The first well-founded sighting took place in Milan in October by a security guard who served a bank. The little girl would have found herself in the company of
a group of Romani people.

Over the years, investigators have continued to search but investigations have focused on the extended family setting. On May 3, 2021, the Marsala prosecutor’s office returns to investigate this case. According to the latest reconstruction of the facts, Denise was kidnapped by her half-sister Jessica Pulizzi, also a minor, and her mother Anna Corona and
ex-boyfriend Gaspare Ghaleb were her accomplices. The position of Anna Corona, investigated in a second line of investigation for kidnapping of a minor, was filed by the investigating judge of Marsala in December 2013.

Denise and had taken her to her father’s house (Piero Pulizzi) to confirm that she was his daughter, but not finding him, she delivered the child to people Jessica Pulizzi, accused of kidnapping of a minor, was sent back to trial by the Judge of the preliminary hearing in Marsala on January 18, 2010. The first instance trial began on March 16, 2010 and lasted 3 years. The prosecutor of Marsala who are still unidentified today. The woman was acquitted at the end of the
first degree trial by the Court of Marsala on 27 June 2013 due to insufficient evidence. The Court of Appeal of Palermo on October 2, 2015 confirmed the acquittal of Jessica Pulizzi for lack of evidence, rejecting the request for a 15-year prison sentence, for kidnapping of a minor advanced by the Attorney General of the Court of Appeal of Palermo Rosalba Expired, which during her indictment stated that Jessica Pulizzi participated in the kidnapping of her stepsister, and herefore was found guilty. On April 19, 2017, the Supreme Court confirmedthe final acquittal of Jessica Pulizzi, accused of kidnapping of a minor, but at the same time stressed the existence of a valid and proven motive.

For the charges of the co-accused, at the end of the second-degree trial, the prescription of the offense took place.