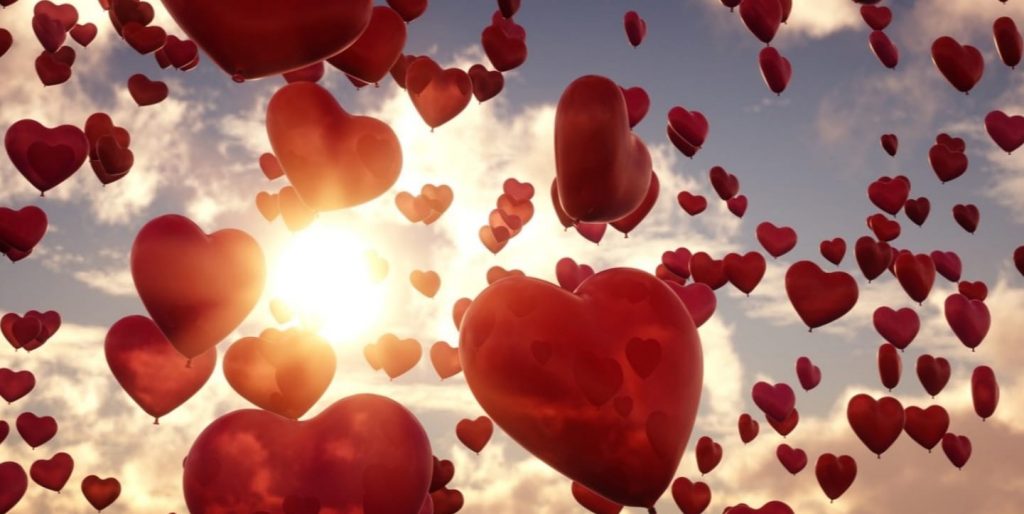 Valentine’s day between history and legend

February 14 is Valentine’s Day, a feast in which all lovers of the world exchange greetings and celebrate their union with the exchange of gifts.

It is a long-awaited romantic festival, an important day to celebrate love that finds its roots far in time between history and legend.

Valentine, the saint to whom this feast was dedicated, lived in the 1st century AD and in 197 he was bishop of Terni, the city where he was born in 176 AD from wealthy parents.

Valentine was a healer and a meek man, revered by Catholics, Orthodox and Anglicans.

He became famous because he healed the sick and celebrated marriages against the will of the Roman emperors who persecuted Christians.

Therefore he was condemned to martyrdom by the Roman emperor Aurelian (270-275 AD).

In fact, between 270 and 272, during the persecutions of Christians, he was imprisoned, scourged and sentenced to death.

It seems that he was beheaded on the Via Flaminia, outside the gates of Rome, by order of the prefect Placido Furio, probably on February 14, 273, at about 97 years of age.

But his fame did not die out and, a few centuries later, Pope Gelasius I instituted the religious festival of lovers.

In fact, according to tradition, the feast of St. Valentine dates back to Roman times, in 496 AD, when Pope Gelasius I wanted to put an end to the lupercalia, the ancient pagan rites dedicated to the god of fertility Luperco.

These rites were celebrated on February 15 and included wild celebrations and were openly in contrast with the morality and idea of ​​love of Christians.

During the festival the Roman women offered their bodies, spontaneously and on the street, to the whipping of a group of naked young people, devoted to the wild Faun Luperco.

Even pregnant women willingly submitted to the ritual, sure that it would be good for the birth of the baby.

The spectacle offered by the naked bodies of those young people was enough to alleviate their pain.

To consecrate the feast of love, Pope Gelasius I decided to move it to the previous day, February 14, the date of the saint’s death, making him the protector of lovers.

Many miracles are attributed to Valentine’s Day, especially the healings of children suffering from epilepsy and the reconciliation of many lovers.

For example, it is said that two young people quarreled on the street and that the Saint gave them a rose, inviting them to hold it in their joined hands and the two would have reconciled instantly.

It is said that Valentino had given flying pigeons to two other boyfriends in crisis, making them reconcile.

The expression “lovebirds” about two lovers probably derives from this legend.

According to Anglo-Saxon sources, the correlation between the institution of the feast of betrothed and the date of death of the martyr occurred only in the Middle Ages (14th century), thanks to the writings of Geoffrey Chaucer, father of English literature and author of the Canterbury Tales who in the end in the 1300s wrote – in honor of the wedding between Richard II and Anna of Bohemia – The Parliament of Fowls, a poem in 700 verses which associates Cupid with Valentine’s Day.

Chaucer’s theory was based on the belief that February 14 was the day of mating of birds in the sky and therefore of love on Earth.

The theory was spread through the verses of the Savoyard poet Othon de Grandson, in service at the court of England, and from here the tradition of exchanging love notes and flowers was born, imitating the same Valentine, who used to give flowers of his garden to the young people who went to visit him.

Today, Valentine’s Day, in addition to representing the religious holiday, has become a commercial celebration, in which engaged couples exchange gifts (flowers, jewels, chocolate and love cards), have lunch and dinner in restaurants and share trips.

The shop windows are full of small, large, red or glittering hearths a symbol of love and there is a festive air among young people.

Are you in love?