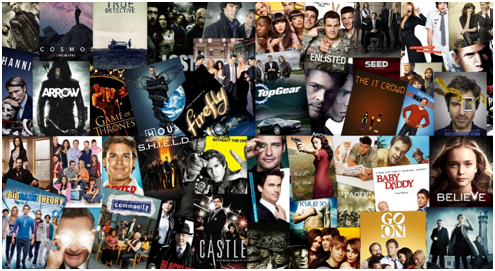 TV series: between history and reality

The world is beautiful because it is varied… we young people have different interests and attitudes: there are those who prefer white and those who prefer black; who the sweet, who the savoury. But one thing unites most young people: the love for television series, not to mention the historical ones. At least once in our lives, all of us have dreamed of being a queen or a king of history, or a knight of the feudal age. But do TV series tell the historical facts or do they tend to fictionalize the various events? Let’s find out together!

The first TV series that we are going to analyze is Reign: this is the story of Mary Stuart (here played by Adelaide Kane), sovereign of Scotland since she was a newborn, who spent all her youth in a French convent to prepare for the most important day of her life: the marriage with the French dolphin,  as well as the heir to the throne of France, Francis II of Valois (Toby Regbo). Theirs was a politically fundamental link to ensure alliance and peace between Scotland and France. What immediately strikes us about this series is the love story between Francis and Mary, although many hoped for a relationship between the young queen and Bash, the half-brother of the dauphin of France. But did you know that in history there is no trace of Bash? In fact, his is a fictional character! However, it is not to be excluded that King Henry had several lovers and children, at the time considered “bastards”, scattered throughout France: among these is Diane of Poitiers who, in the series, is presented as the official lover of the king and mother of Bash.

Another difference can be found in the dynamics concerning the death of Francis: in the series, after having escaped death for the first time thanks to the use of magic, Francesco dies following an armed clash to save his beloved queen; while several sources claim that his death occurred due to an ear infection.

Then we have more superficial differences, such as the age of Mary and Francis who in reality are respectively 15 and 14 years old and in the series seem older.

But, despite the presence of fantastic and inaccurate elements, the series is a witness to an indisputable truth, namely the love between Mary and Francis: the two really loved each other and, at the death of the latter, Mary wrote a poem in her honor that we still keep today.

Recently a new series was released that tells the story of the iconic princess of legendary beauty: madly in love with a powerful man, Sissi leaves her old life to take on the role of empress.

Immediately we notice the first difference with reality, in fact the young woman was not a princess but a duchess. Her nickname is also incorrect: the duchess signed herself as “Lisi”, a diminutive of Elizabeth; it was her husband Franz Joseph who misinterpreted his wife’s writing and transformed “Lisi” into “Sisi”. But let’s move on!

Surely we all remember the famous dance scene where Franz would have chosen his future wife, here in the series we note that the emperor danced all evening with Nenè, Sissi’s older sister, and that only at the end of the dances he delivered the bouquet that sealed the engagement to the young duchess. In reality it did not go like this: immediately Franz fell in love with his younger sister and that evening he danced all the time with her, including the cotillon, a clear sign for everyone that the choice had fallen on Elizabeth.

In the series, moreover, we are shown an understanding mother, ready to support her son in any of his choices, however the story tells us that Archduchess Sofia was not in favor of this wedding and tried to dissuade Franz from marrying Sissi.

Another inaccuracy lies in the relationships of married life: in fact, in the series, in an episode Sissi is jealous of her husband’s relationship with another woman but some historical sources have revealed that, in reality, it was Sissi herself who encouraged these extramarital relationships, procuring the emperor a mistress.

But is their love story true? Let’s say that the story of Princess Sissi that we were told as children will remain a simple fairy tale: Sissi felt suffocated by her husband and the court vine, so much so as to turn her unhappiness into physical and mental malaise (she suffered from anorexia), unlike Franz who instead loved Sissi all his life with sincere transport.

What do you think?