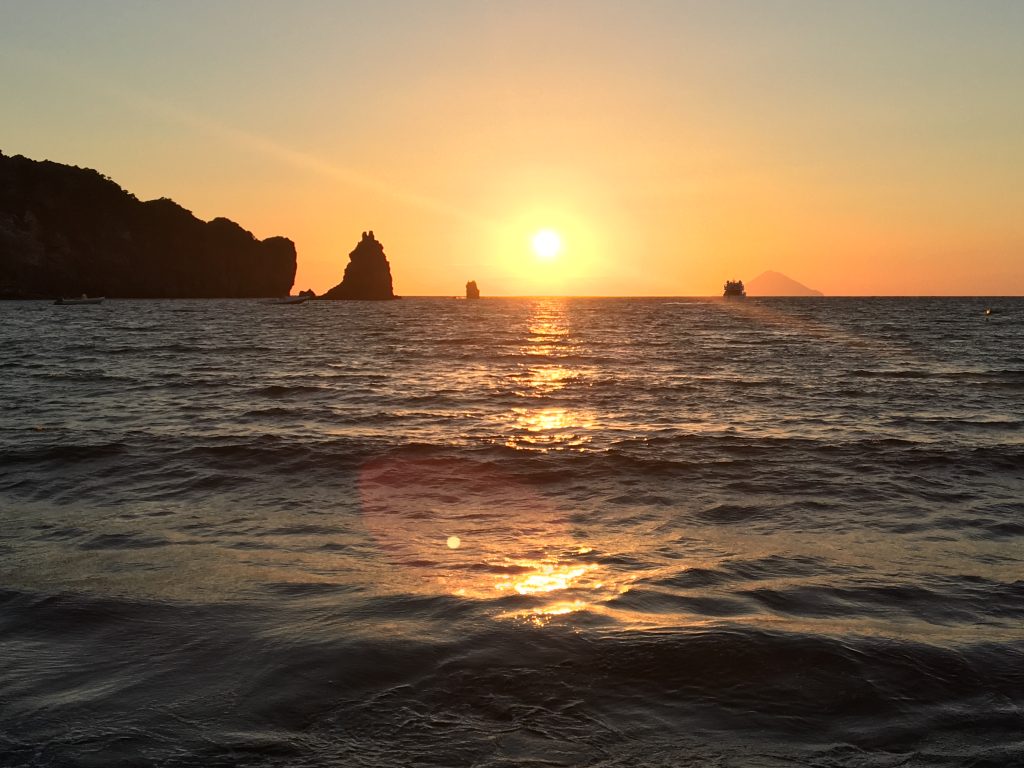 THE WAR OF THE VOLCANOES: WHEN TWO DIRECTORS FIGHT, THE AEOLIAN ISLAND WIN.

Imagine two great directors, two talented and beautiful actresses, a huge scandal and the incredible magnificent landscapes of the Aeolian Islands. These are the premises of what is known as “the war of the volcanoes”: it is the story of the rivalry between two masterpieces in the history of cinema that totally changed the future of the islands where the films were shot.

Everything began in 1949, when Rossellini started shooting his film “Stromboli (Terra di Dio)”.  The subject of the film is the story of a Latvian woman, Karin, who falls in love with an Italian soldier after WW2. The two decide to move to the man’s hometown, that it happens to be Stromboli, seeking for a better life. Once there, the tough reality of life dries up the woman’s hopes, and she tries to escape.

The director cast the Swedish actress Ingrid Bergman, one of the most amazing and beautiful artists of her time, who played the main role. Surprisingly, during the making of the film they fell in love and, eventually, they got married. This caused a great scandal since Bergman was already married and Rossellini had recently broken up with Anna Magnani, a famous Italian actress who also longed for playing the role of Karin. In the same year, in what is perhaps an ironic twist, Anna Magnani starred in “Vulcano”, a film directed by William Dieterle, featuring the story of a prostitute who returns home and tries to defend her sister against the dubious attention of a man.

What’s even more ironic is that “Vulcano” was shot almost in the same place as its rival “Stromboli” and, obviously, this resulted in a great tension you could cut between the two crews: competition and the desire to stand out were at their highest.

The story of their rivalry went down in history and it is known as “the war of the volcanoes”. But, despite the big effort, when the films were finally released, they didn’t get the proper recognition by both the audience and the film critique.

However, every cloud has a silver lining: the sublime depiction of the Aeolian Islands attracted a large number of tourists to the archipelago, leading to a great growth of the local economy and consecrating this place as one of the most beautiful destinations in Italy. People were totally fascinated by the volcanoes, the true protagonists of the films, symbols of the relentless force of nature and poetic landmarks of the islands.

I think that this is actually one of the best examples of how the cinematographic industry can positively affect both the economy and the development of the shooting locations by promoting them to a wider audience. Human passions and feelings have made people curious about discovering more about this incredible story where the real winner turns out to be Sicily and its endless grandeur.