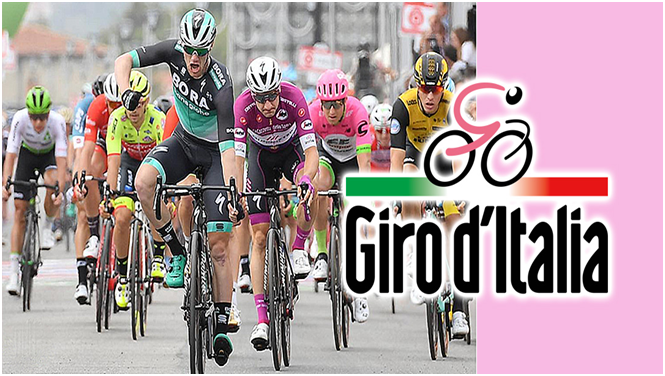 THE TOUR OF ITALY

The “Tour of Italy” is one of the three most important stage races of the cycling calendar, together with the Tour de France and the Vuelta a España, and it is included by the International Cycling Union in the professional circuit of the World Tour.

But do you know when was the first Tour of Italy and how it all started?

The Tour of Italy was organized for the first time on August 24th 1908 on the idea of journalists Tullo Morgagni, Eugenio Camillo Costamagna and Armando Cougnet by Gazzetta dello Sport, which is a really famous newspaper that talks about sport events and athletes; the first edition started the 13th May 1909 and the first winner was Luigi Ganna.

Since that point on, except for the interruptions due to the first and second world wars, it has always been held over three weeks between the months of May and June, with the exception of 1946, when it was run between June and July, and 2020, the year in which, due to the COVID-19 pandemic, it was postponed to October.

This competition is also known as the pink race because the color of the pages of the Gazzetta, pink, has characterized the jersey of the first-ranked cyclist since 1931.

But the pink jersey is not the only one: we also have other three colorful jerseys.

Ciclamino jersey: worn by the leader of the classification with points collected at the final finish line and at the flying finish lines (the runner with the most points in the intermediate and finish lines).

Blue jersey: worn by the leader of the mountain classification (the runner who wins the most points on the peaks).

White Jersey: worn by the best youngster (Under 25) placed in the general classification.

The record of victories at the Tour of Italy  is shared by three cyclists, each with five victories: the Italians Alfredo Binda, winner between 1925 and 1933, Fausto Coppi, winner between 1940 and 1953, and the Belgian Eddy Merckx, who won between 1968 and 1974.

This year, after 113 years from the first edition of the competition, the tour started on 6th May.

There are 22 teams competing, each made up of 8 riders: in total there are 176 cyclists, including 45 Italians.

The first stage was Budapest-Visegràd and yesterday (10th May 2022) we had the first stage that actually was in Italy and it was Avola-Etna-Nicolosi while the stage of today is Catania-Messina, with a total of 174 km.

Then we will have the other 16 stages before the final one, when we will discover who’ll be the new winner of this great competition. Usually the final stage ends in Milan, where the headquarters of Gazzetta dello Sport is, but this year it will end in the beautiful city of Verona.

VINCENZO NIBALI: THE PRIDE OF MESSINA

Surely today in Messina we’re all cheering for our loved Vincenzo Nibali who is considered one of the strongest and most complete champions of his generation, he’s one of the seven cyclists (in addition to Jacques Anquetil, Eddy Merckx, Felice Gimondi, Bernard Hinault, Alberto Contador and Chris Froome) to have won at least one edition of all three Grand Tours, having won the Vuelta a España in 2010, the Tour of Italy in 2013 and 2016 and the Tour de France in 2014.

It’s always a joy to see someone that represents your city participating in such a big and important event and also we’re honored to be the host city for this beautiful competition.