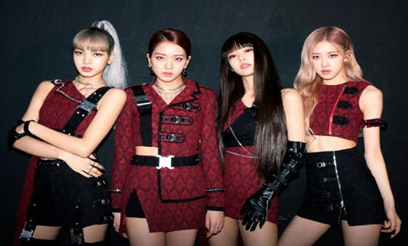 THE KPOP OF BLACKPINK.

K-pop (short for Korean pop, “pop coreano”) is the popular music of South Korea. It is the most transnational pop music of the Asian market and is characterized by the fusion of modern Western sounds and Afro-American influences (such as references to genres hip hop, R&B, jazz, black pop, soul, funk, techno, disco, house and afrobeat) to the Korean idea of ​​performance, which includes synchronized dance steps, formation changes and attractive and repetitive movements. Modern K-pop is marked by its use of some English phrases mixed with the Korean language.

I’m very fond of this music for  its originality;  sometimes it can be considered a bit whimsical for those who do not like very egocentric and eccentric things, but I particularly like them, for this reason. This genre struck me right away.

BLACKPINK is one of the most famous and influential South Korean female musical groups in K-POP, formed in Seoul and  consisting of Kim Ji-soo, Jennie Kim, Rosé and Lisa; it debuted under the YG ENTERTAINMENT in 2016, with the single BOOMBAYAH. BLACKPINK was the first K-POP group to reach BILLION views on YouTube.

Their music videos Kill This Love (2019) and How You Like That (2020) set the record for the most viewed music video within the first 24 hours of release, with the latter breaking three records and reached two Guinness World Record.

I decided to mention BLACKPINK, because in addition to having had a worldwide success in record time, especially for being a Korean women’s group, they make music that transports you, they are very close to each other and very good. I was struck by their musical genre, as they are very particular and rhythmic, a bit disco but with nuances of rock and techno, and their choreography, not very complicated is very  impactful, thanks to the rather whimsical sets. They also dress in a very particular way, sometimes, elegant to look like dolls, and other times in a very dark way