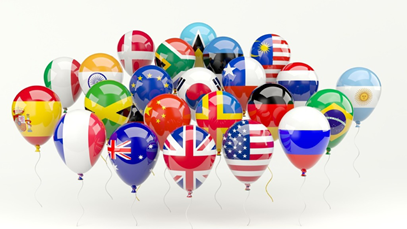 THE KNOWLEDGE OF LANGUAGES IS A CERTAINTY FOR THE FUTURE.

The learning of a foreign language allows to develop communication skills, a richer and more complex personality but also an opening towards new forms and cultural experiences. Today more and more people decide to devote their time to the study of a foreign language and choose to focus on language skills to succeed in the world of training and work.

Language certifications are official documents whose purpose is to certify the level of knowledge of a foreign language and which are issued by accredited and internationally recognized certification bodies. These are, therefore, certificates that illustrate language proficiency at multiple levels, commonly used throughout Europe and other continents, which are: A1 and A2 (level elementary);B1 and B2 (intermediate level); C1 and C2 (advanced level).

To the six levels of competence, which define the mastery of the language, three more “upgraded” ones are often added, that is A2+, B1+, B2+. Each of these levels then, and consequently also language certification, is divided into the following dimensions: oral production and interaction; written production; listening (listening) and written comprehension (reading).

Language certifications refer to the CEFR (Common European Framework of Reference for Languages); it is a descriptive system devised by the Council of Europe which, within the process of teaching and learning a foreign language, assesses language skills and skills and defines the content and criteria for evaluating a language certification.

It should also be remembered that language certifications are distinguished not only according to the level of competence, but also according to the purpose for which they will be used; there are in fact types that are more suited to the world of work and others to that of training.

Nowadays, having a language certification is a great advantage for several reasons. The certification, in fact, not only enriches the speaker by providing and certifying objectively the skills in a given language, but: enhances the curriculum vitae; allows you to stand out in the workplace; facilitates access to employment positions in international contexts; it is required as a requirement for access to universities abroad; it can provide extra score in public competitions and public administration rankings; it can be converted into credits in some high schools and universities.

Therefore, it seems that today the possession of a language certification guarantees greater possibilities both in the world of work and in school and university education.

In order to obtain one, it is enough to find out about the accredited certifying bodies and choose one of those that deal with the language you want to learn. Those who decide to undertake this path can choose to: follow the language course (often abroad) at one of the locations of the certifying body and then take the exam that will certify the level; enroll directly in the exam to achieve language certification following autonomous study.

The exam consists of several tests that refer to the categories of linguistic competence previously mentioned. The tests, which usually all take place on the same day. Once concluded, they are sent from the examination center to the certifying body that will provide their correction and will only return the result to the candidate later. Usually, language certificates do not have an expiry date.

Nowadays there are many Italian schools that offer their students the opportunity to follow the language course to obtain a language certification as an extracurricular activity.

In Italy, the list of certifying bodies officially recognized for the issue of language certifications is provided by the MIUR.

In my opinion having a language certification is a personal satisfaction of its own, because after years of study done at school it is an occasion in which you test and see what level, skills and abilities you have  in order to always improve and get better. I think that today everything focuses on learning new languages. Languages are the key to get to know about traditions, origin, food, customs and much more of other cultures.

The knowledge of a language opens up many avenues for you.