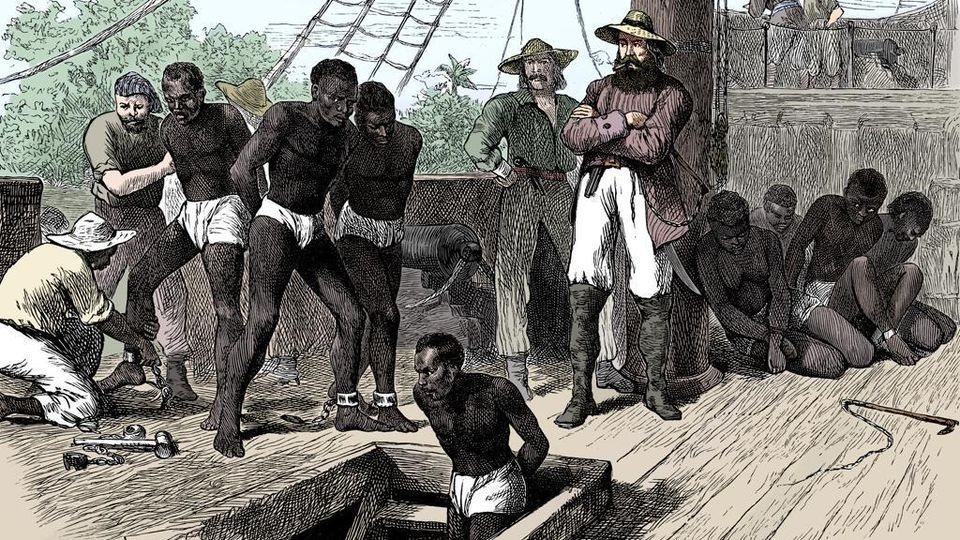 THE HISTORY OF AMERICAN SLAVERY.

Until after the Civil War, slaves and slave owners were a typical American image for those times. Did you know that George Washington (the first American President) had a colony of slaves? It sounds unbelievable, but it’s true. They were acquired from his father, who owned a tobacco plantation in Virginia.

More than a fifth of the American population under British rule consisted of slaves. It is not yet known how it was possible for American democratic institutions to evolve so much.

The history of African-American slaves began on August 20, 1619, when a Dutch ship brought 20 slaves of African descent to Virginia. John Rolfe (the owner of a tobacco plantation) wrote in his diary: “At the end of August a Dutchman came and sold us twenty blacks.”

At first, the freedom of African-American slaves could be regained after 7 years of work, but their time of slavery  gradually increased, until they became enslaved for life. The Dutch West India Company was the one that was actively involved in the transatlantic slave transport.

Anthony and Mary Johnson were the first black people in America to be released, but after a few years, Anthony Johnson also became a slave owner.

In 1626, Dutch settlers began introducing Africans to various farms in the Hudson Valley. According to Dutch law, children born to slaves were also slaves. In a short time, all the colonies in America had slaves to work in their tobacco and cotton plantations. Only Louisiana (a French colony) provided access to education for African-American slaves.

In 1640, John Punch proved that whites and blacks were not equal, because he was sentenced to work all his life after trying to run away from his master, while his white companions received lighter punishments.

American settlers began building merchant ships to become actively involved in the transport of slaves. The first ship of this kind was the Rainbow, which began transporting slaves in 1645. Lots of African-Americans from Virginia began to take refuge in the mountains, forests and swamps and stole the daily necessities from various plantations in the colonies. Authorities offered great rewards to those who caught these fugitives.

The year 1858 is a turning point in the history of African-American slavery, it is indeed marked by Abraham Lincoln’s speech, entitled “The Divided House”: the content of this speech refers to the fact that a nation like America could no longer be divided into two categories: free people and enslaved people. In the ensuing Civil War, a large number of slaves enlisted in the army. Those in the Union realized that much of the slave labour force refused to enlist slave fugitives from the south. The presence of these northern slaves led Abraham Lincoln to sign the Emancipation Proclamation – which made more southern slaves free.