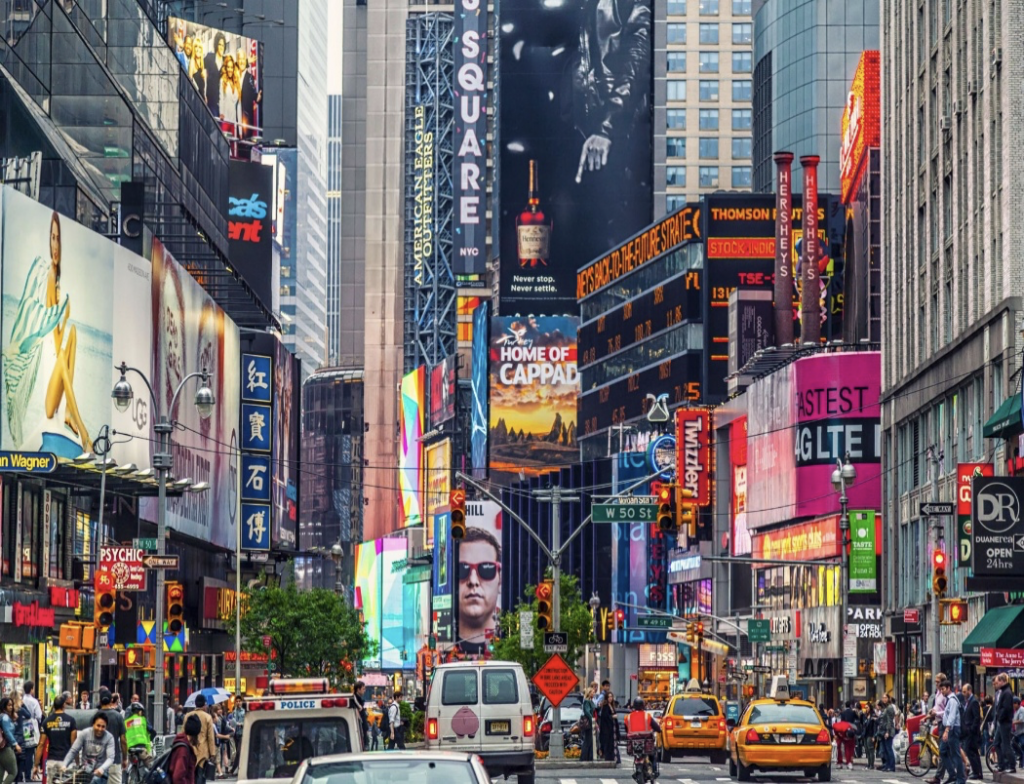 THE DREAM OF THE BIG APPLE

New York also called New York City to distinguish it from the homonymous state, is a city in the United States of America located in the state of New York; it is also known as the Big Apple, which dates back to 1909, when the American writer Edward S. Martin, in his book “the traveler to New York”, compared this city to an apple tree with its roots in Mississippi and the fruit in New York City.

New York was founded in 1624 by the Dutch with the name of Nieuw Amsterdam, in 1664 this settlement was conquered by the English who changed its name to New York. The city was occupied by the British for most of the duration of the War of Independence and is the most important British foothold during the war.

Skyscrapers began to be built, one of the most famous features of the city: the Empire State Building is the most famous, built in 1931, and until 1973 the tallest in the world. Two other famous skyscrapers are the “twin towers” ​​of the World Trade Center, due to the terrorist attacks of 11 September 2001, which led to their collapse and the death of 2,800 people.

Despite New York’s reputation as an “urban jungle”, the city is rich in parks and natural areas: 27% of the total area of ​​the city is occupied by public parks, playgrounds, nature reserves, beaches and golf courses and sports of another kind, to which, however, stadiums, cemeteries and amusement parks must also be added. The most famous park is Central Park, which has become an icon, spread over 840 acres, was the first public park in the United States and is one of the most visited places in the city, with an estimated 25 million visitors every year; the park also contains numerous attractions such as a zoo, a mock castle, an amphitheater, as well as numerous baseball and basketball fields and various artificial lakes.

New York is the most populous city in the United States, with 8.6 million inhabitants, so New York society is very diverse, perhaps the most diverse in the world, due to different cultures and ethnicities. The population is mostly European, Spanish, African American and Asian, Native Americans are only 0.5% of the population. Some neighborhoods constitute ethnic “islands”, characterized by the presence of a single community. For example: the Chinese have Chinatown, the African Americans have Harlem and the Orthodox Jews have Williamsburg. All excellent tourist destinations for those wishing to visit this beautiful and varied city.