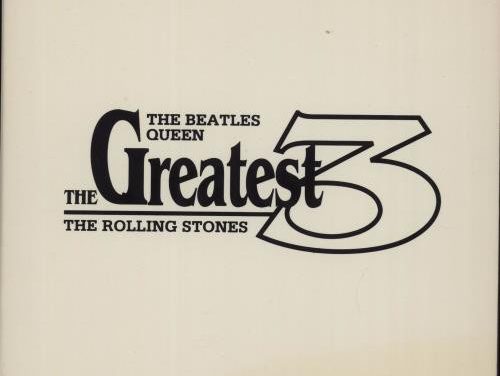 The greatest bands of all time

Most people already know them, but some do not: in this article we will talk about three great bands that have been very successful not only in the last decades of the twentieth century, but also in the current situation: The Beatles, The Rolling Stones and Queen.

This well-known band was founded in Liverpool (England) in 1960 and consisted of John Lennon, Paul McCartney, George Harrison and Ringo Starr (Richard Starkey), who replaced Pete Best as drummer; Stuart Sutcliffe was also part of the first line-up.

Their name, rather strange, is a play on words between the word “beetles”, in honor of The Crickets,and the beat.

They have released 23 albums and among their greatest successes we find Yellow Submarine  (from which the animated film of the same name was also born),  Let  It  Be  and  Yesterday.

There are also Lego sets inspired by the Beatles, one of which is more precisely the animated film Yellow Submarine.

They are also a British band, but they were born in London in 1962 and are formed by Mick Jagger, Keith Richards and Ronnie Wood.

Their name is also quite unique: it is inspired by the song Rollin’ Stone by Muddy Waters.

They have released 79 albums and among their greatest hits are I Want to Be Your Man  (also written by John Lennon),  Satisfaction  and  Paint  It  Black.

Their name indicates the royalty of the group and reflects their dandy style.

Queen have released 39 albums and their best known songs are Bohemian  Rhapsody  (which is also the title of the famous biopic about the band’s history),  We  Are  the Champions,  We Will Rock  You,  Don’t  Stop Me  Now, Radio Ga Ga, Under Pressure  and  I  Want to Break Free.

These bands are also a source of inspiration for the bands of the present and, who knows, perhaps even for those of the future.