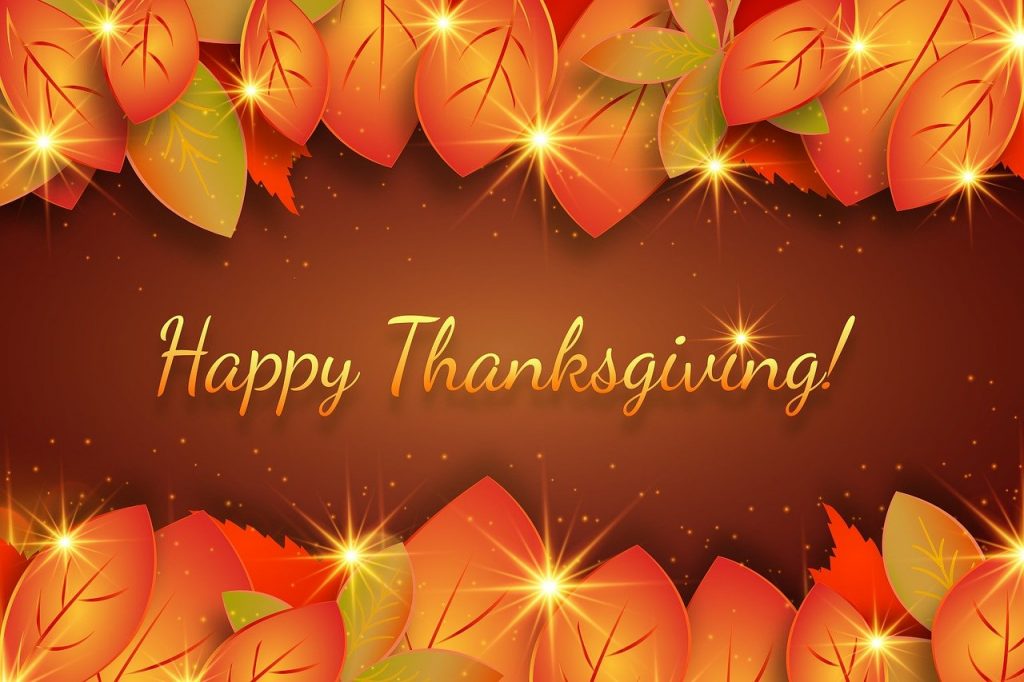 Because today is Thanksgiving! Thanksgiving Day is a holiday of Christian origin celebrated in the United States of America (the fourth or last Thursday of November), in Canada (the second Monday in October), in Panama, in Grenada, in Saint Lucia and in Liberia. as a sign of gratitude to God for the harvest and for what has been received the past year.

At the beginning of the seventeenth century, the pilgrim fathers were persecuted in their homeland, in England, and decided to leave for America. So they embarked on the Mayflower and arrived in America in 1620, after a long and tiring journey in the Atlantic Ocean. During the journey, many fell ill and died.

Arriving there they tried to cultivate the seeds they had brought with them from England, but the sowing did not produce fruits necessary for the survival of the population, because the climate and soil were different from those of the homeland. In fact, almost half of them did not survive the winter.

The same fate would have repeated itself the following year if not for the intervention of the native populations of America, who taught the pilgrims what to grow and which animals to raise, such as corn and turkeys.

The remaining pilgrims managed to survive and set up a day to thank God for the abundance they had received and to celebrate the harvest.

On the menu of that first Thanksgiving there were in particular turkey and pumpkin along with other white meats, venison, oysters, shellfish, fish, cereal pies, dried fruit, nuts and candies, which later became the traditional menu of that recurrence.