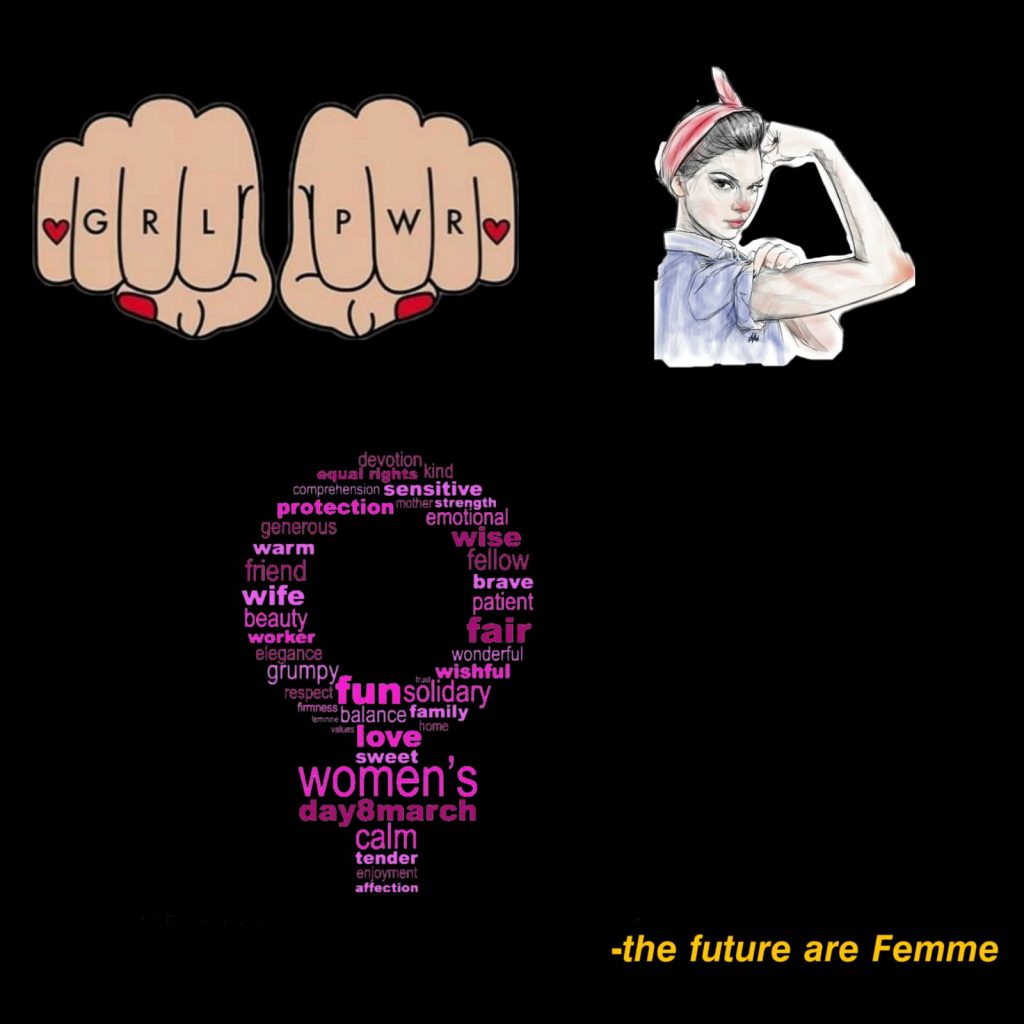 Feminism: The movement aimed at achieving equal rights for women in civil, economic, juridical, political and social relations with men. Contrary to what many still think, feminism does NOT indicate the superiority of women over men, but equality.

These are some of the women who have changed the world in their own small way and have NEVER given up:

• Virginia Woolf: 1882. Writer and one of the first to reflect on female identity.

• Frida Khalo: 1907. Artist who revolutionizes the concept of art.

• Malala Yousafzäi: 1997. Youngest woman to be awarded the Nobel Peace Prize and a great activist

• Samantha Cristoforetti: 1977. First Italian woman in the crews of the European space agency

• Coco Chanel: 1883. Designer who REVOLUTIONIZED the concept of femininity, style and elegance

• Anne Frank: 1929. Symbol of the Holocaust thanks to her diary written in an attic in Amsterdam

•Eve Ensler: 1953. Writer, recounting the abuses suffered by her father, paraphrased that when they rape, beat, burn, bury, terrorize WOMEN, the essential energy of life on this planet is destroyed.

In 1945 Italian women finally obtained the right to vote, after many years of fighting for it and still in 2021 there are many rights that women do not have. Being a woman is not that easy because for many men a woman is something useless, a person who has only to generate other lives and clean the house or cook and obey their husbands.

March 8 is Women’s Day, born to commemorate the social and political struggles that women have had to face in order for their voices to be heard.

As a woman I say that we are not objects for men. We have and still must fight for our rights. The women who changed the world didn’t need to show anything but their intelligence.