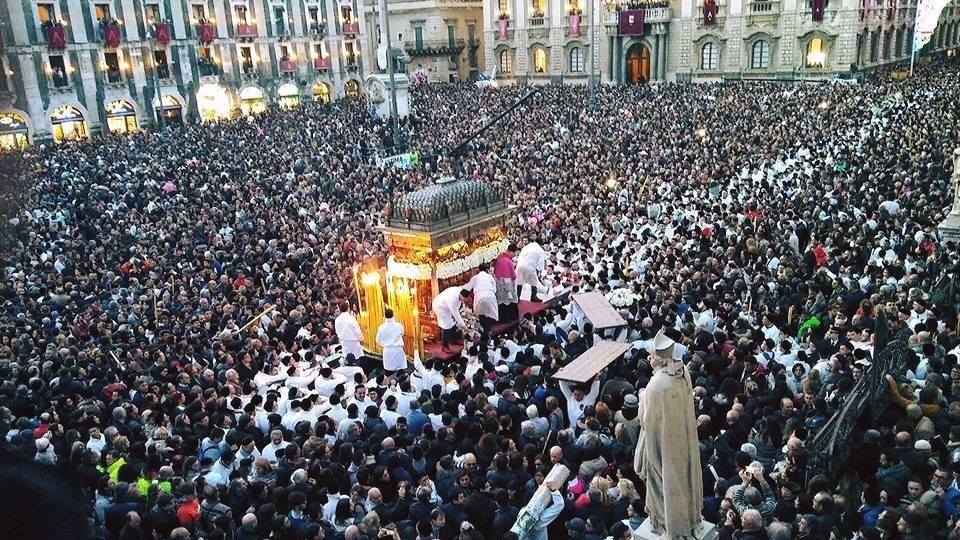 Sicily is a land rich in traditions and customs, which vary from province to province and the one is different from the others.

Let’s start from the Feast of Saint Martin, which is celebrated every 11th  November and whose celebrations take also place in other regions of Italy such as Abruzzo and Veneto. In Sicily, Saint Martin’s Day is well-known both for wine, which is considered one of the main symbols of this Feast, and for chestnuts as well as for chickpeas accompanied by pork.

A Sicilian proverb, “S’ammazza lu porcu and si sazza lu vinu”, reminds us that on this occasion many Sicilian families used to slaughter pigs to make hams, salamis and sausages.

It is a deeply-rooted tradition and the popular Italian nursery rhyme “San Martino Campanaro” gives proof of it.

Another important Sicilian Feast is that of Saint Lucy, celebrated every 13th December. Its origins can be traced back to Syracuse, the city where Lucy was from, but it is also very popular in other Sicilian cities, moreover in Palermo, where the celebrations of this Feast are associated with a miracle, which occurred in 1646, on Saint Lucy’s Day.

Lucia was a beautiful young woman of noble origins, who was promised in marriage to a local aristocrat. After her mother was hit by a long and serious illness, she asked Saint Agatha for intercession in exchange for taking her vows.  This gesture didn’t like to her promised husband, who had her arrested, blinded and eventually killed. After her death she became a martyr.

Finally, another popular Feast is St. Agatha’s Day, on 5th February, in the city of Catania. Its celebrations last three days; they start on 3rd February  and end on 5th, with a great crowded parade through the main streets  of the city, which are decorated with sparkling lightings.

There is also a delicious dessert in honour of the Saint, which is called “Minnuzzi di Sant’Agata”.

Sicily never stops to surprise its inhabitants and tourists with the countless traditions, which are part of the Sicilian culture and folklore.