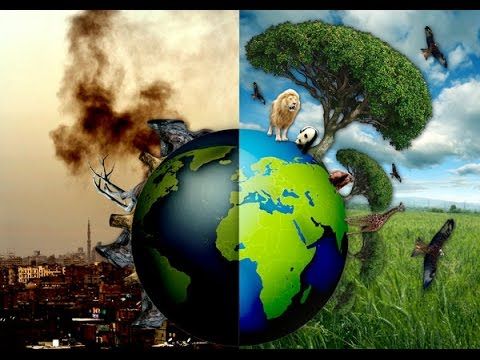 POLLUTION: A PLANET TO SAVE.

A worldwide problem that humanity is becoming aware of is environmental degradation that puts our survival at risk. Man is acting on the environment negatively, polluting air, water and soil. The problem of air pollution arose from the moment when man decided to exploit the non-renewable resources that the planet offer us. Actually, the main causes of air pollution are to be found in human activities. Transport, for instance, produces high levels of smog in the air. But the causes of air pollution do not end here; there are several other sources derived from human actions such as domestic heating, the use of fossil fuels and industry. Agricolture, the waste treatment sector and volcanic eruptions also contribute to air pollution. We can see the impact of all these substances both on the environment and on human health. As for the latter, air pollution leads to a lot of lung and cardiovascular diseases. With regard to environmental damage, there are three main consequences of pollution: ozone hole, greenhouse effect and acid rain. Ozone is an important substance for both the Earth and humans; it’s a natural shield for ultraviolet radiation from the sun. For some years, however, the amount of ozone in the air has been decreasing, while the greenhouse effect, that regulates the temperature on Earth, has grown due to air pollution. If proper action is not taken, global warming will continue to increase and cause deep climate change, with serious consequences such as melting glaciers, rising sea levels, desertification and extinction of several animal species. Therefore, it is essential to reduce CO2 emissions and save forests, such as the Amazon one also called ‘green lung’ and a priceless natural heritage. Acid rains, instead, are the fallout of polluting gas particles and acid precipitations in the atmosphere. These occur in the form of snow, rain and fog. The acid depositions damage the environment by changing the availability of nutrients, reducing, as a result, the fertility of the territory.

Another kind of pollution is that caused by excessive noise. It interferes with the activities of human beings and can worsen the quality of their life. The various effects of noise pollution on human health include mental, physical and behavioral problems. You can guard against noise by turning off electronic devices when not in use, using earplugs, turning down the volume or planting more trees.

The waters of our planet are polluted too. Their pollution is due to substances that accumulate in the water to an extent that causes problems for animals and people. One possible consequence is drought or lack of water. To avoid this, an attempt has been made to introduce polluted water, through purification, into water use cycle. Unfortunately, sea pollution worsens year after year. The ‘killers’ of the sea are: bad purification, oil extraction, illegal building, the passage of ‘Big ships’ and military activities.

Another of the most pressing problems for the future of our planet is waste management because its production has grown a lot in recent decades. Today, most of the waste ends up in landfills, polluting soil and water tables, or it is incinerated releasing a carcinogen: dioxin. To manage waste it is necessary to use an integrated strategy: reduction, separate collection, reuse, recovery and recycling.

Today, the spokesperson for environmental protection among young people is Greta Thunberg, a seventeen-year-old Swede who in 2018 began to protest in front of the parliament in Stockholm, in defense of environment and against governments that “do not do enough to fight climate crisis”. Her example has inspired millions of kids around the world, who in turn have decided to step down in squares to demonstrate. These demonstrations have become a real movement, called ‘Fridays for Future’. A large number of participants take part in the it and media’s interest in Greta Thunberg has been arising in last years.

What should people do to reduce pollution? They sholud limit their use of cars and use public transport to get around, use biodegradable detergents, separate waste properly and recycle as much as possible.