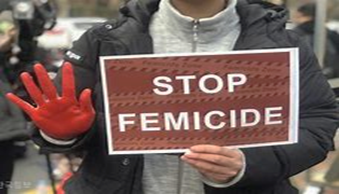 The term feminicide is a word, which identifies all those cases of arson, or voluntary, or intentional murder in which the woman is killed by man for gender-based reasons.

Violence against women is one of the most serious forms of human rights violations involving women and girls, but it also involves minors.

Some of the most common types of violence  against women are  physical , psychological, sexual, family.

In 1848 the year in which the murder of a woman became a legally punishable crime in the United Kingdom.

In 2008 a national federation was born that brings together 65 anti-violence centers throughout Italy called “D.i.Re: Women on the Net against violence against women.

.In Italy in 2012, according to the survey carried out by the Women’s House not to suffer violence in Bologna, there were 124 feminicides in Italy, 47 attempted murders of women. About 70% of the women were killed by men with whom they had a romantic relationship, most of the murders being carried out in the home of the couple, the victim or the perpetrator of the violence; about 80% of women are Italian, as the authors are often Italian; most of them live in the northern regions.

In Italy, the first anti-violence centres were born only at the end of the nineties by women’s associations from the women’s movement, including “the women’s home not to suffer violence” in Bologna and “the home of abused women” in Milan.

Femicide has become a scourge in today’s society, something that not a day goes by without it being mentioned in the crime news. Broken lives, broken families, children deprived of a mother’s love and a father’s presence with devastating consequences for their physical and mental balance. A perverse mechanism that transforms the love of a couple into anger and hatred. The love that should be able to win over everything, in the end it is overwhelmed.