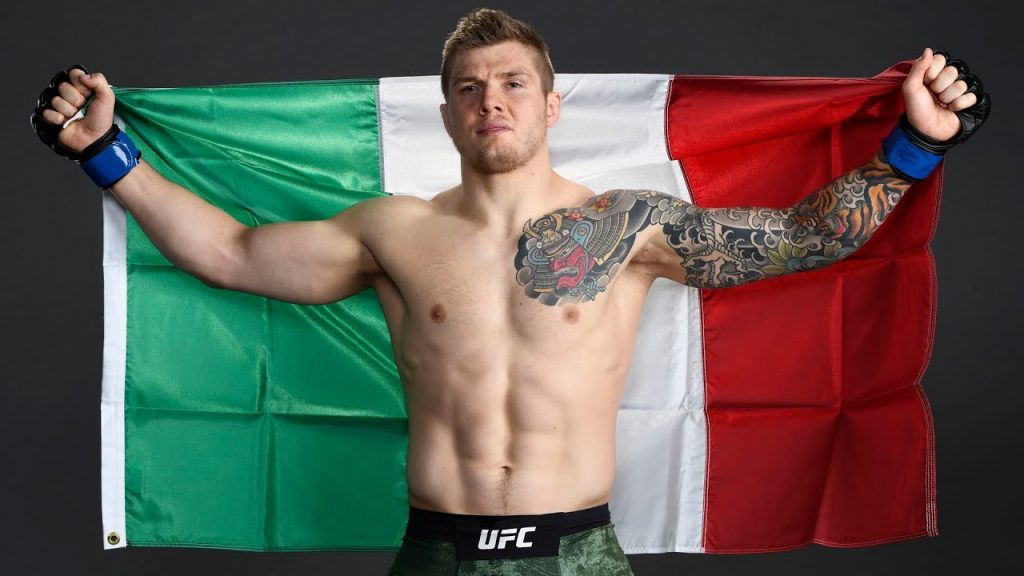 “The Italian Dream ”: the nickname of Marvin Vettori, one of the most surprising talents in the international fight. Born on 20 September 1993 in Mezzocorona, a town in the province of Trento, he is the fourth Italian fighter in history to compete in the most important world promotion of Mixed Martial Arts, the Ultimate Fighting Championship.”The Italian Dream” is the youngest Italian ever to reach the UFC, the only Italian to have won his debut match in the UFC and the only one of the 4 Italians, who fought in the UFC, to have more victories than defeats in the promotion.

Complete fighter, very skilled in both standing and ground combat, Vettori combines excellent boxing techniques with those of submission. Brown belt of Brazilian Jiu Jitsu, makes its safety one of its greatest strengths. Under the guidance of Rafael Cordeiro, the boy matures rapidly, suffering fewer and fewer blows and refining his techniques. This makes our “Italian Dream” one of the most complete athletes in the world.

THE COACH AND THE TEAM

Cordeiro is an absolute ace in training, in fact a part of Vettori’s success is also due to him and the team behind him. The manager’s experience allows Marvin to change strategy every time to get to the top of every match.

In the team we also find Romulo Barral, one of the best fighters in Jiu Jitsu and also Markus Mollica, wrestler and 2 times national champion in the USA. For the sensational stage, the whole is masterfully orchestrated by Julian Chua, former coach of the boxing world champions.

THE CLIMB TO SUCCESS

Vettori climbed the ranks of the Ultimate Fighting Championship, becoming the first Italian fighter in MMA history to fight for the UFC World title. One of the most important matches in his career was the one staged on June 13, 2021 at the Gila Rivera Arena in Glendale in Arizona where his opponent Israel Adesanya managed to keep the UFC middleweight title by defeating the blue. This k.o. interrupted a positive streak of 5 matches for the Italian.

Marvin currently boasts an overall score of 18 wins, 5 losses and 1 draw with the victory of the welterweight champion belt in the Venator promotion, occupying fifth place in the UFC middleweight rankings.

The boy left Italy at the age of 20 to train in the UK at the London Shootfighters gym, worked at Hollister in London to support himself, also obtaining his bouncer license. Vettori is known on social media for his exposure to the media without mincing words, such as in the terrible story of the death of Willy Duarte, Marvin has taken a clear position against violence outside the sporting context by defending the values ​​of his sport.