MARVEL VS DC: THE NEVER-ENDING CHALLENGE.

There has always been a rivalry among superhero fans: Marvel or DC? Which one is better? Before talking about the story of the two publishers we should know what they are. Marvel and DC are among the most important and famous comic book publishers in the world. Marvel was bought by Disney and DC belongs to Warner Bros.

Superhero films have been produced for decades now so, everyone knows Superman, Batman, Wonder Woman, Captain America or Iron Man but not everyone knows which publishing house they come from, for example the first three belong to DC while the last two to Marvel.

Marvel began making films about only a few characters at the beginning and then, it expanded. Marvel Studios were very successful with the release of the first Iron Man movie and have continued to produce fantastic movies ever since.

Nevertheless, DC initially wanted the characters to interact like in the comics, but Warner Bros declined due to the excessive cost. It failed again, in 2011, with the film “Green Lantern” which received many negative reviews.

The ingenuity of the products and the quality of the Marvel scripts, however, are not the only advantages over DC. DC often changes actors in movies or series, for example the character of Batman. The Marvel, instead, has chosen the right people in fact it is very rare that the actors are replaced because they are very good and play well their roles. Moreover, people grow fond of them.

A comic series has been created in which the Marvel and DC superheroes end up fighting each other, consisting of 4 volumes and called “Marvel vs DC”. Not all the characters fought but only some: Superman, Batman, Wonder Woman, Lobo, Flash, Aquaman, Robin, Green Lantern, Superboy, Catwoman were chosen for the DC; Marvel characters featured were Hulk, Captain America, Storm, Wolverine, Quicksilver, Sub-Mariner, Jubilee, Silver Surfer, Spider-Man, Elektra, Iron Man, Captain Marvel, Thor. 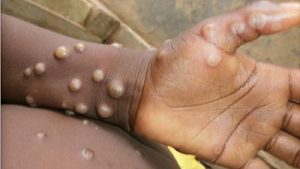