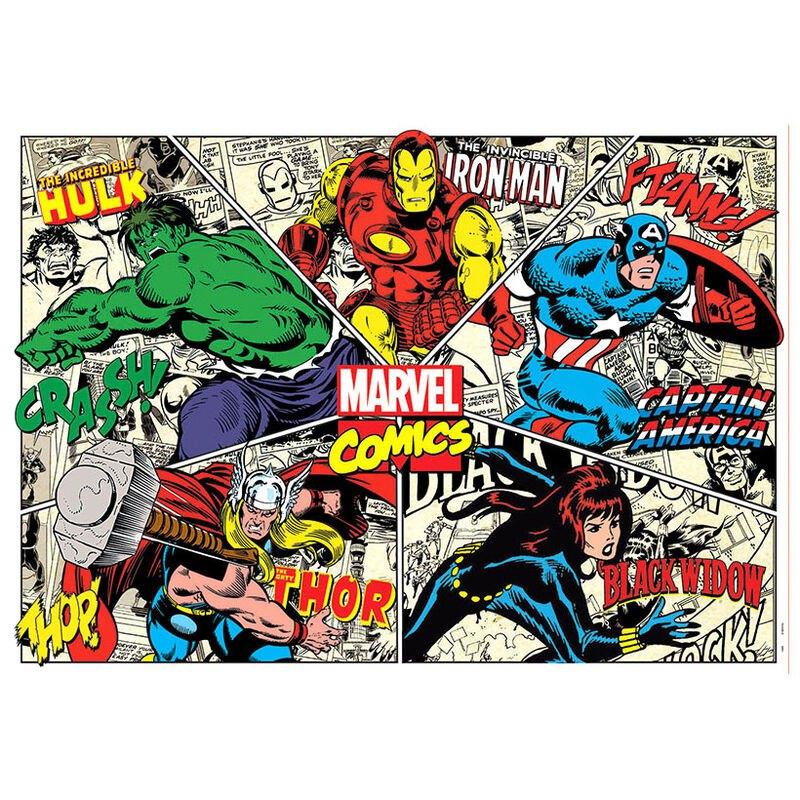 The story of the Marvel publishing house begins in 1939, thanks to a man named Martin Goodman. Publishing was booming, and Goodman had specialized in the production of pulps, low-cost publications containing novels and genre stories (mostly romance, western and detective stories), where characters destined for long-term popularity were born like The Shadow and Doc Savage.

With the exceptional success of Superman (1938) a new editorial product is emerging, the comic book, and many publishers are interested in it. Often they don’t produce the stories themselves, but use specialized agencies that provide the content entirely.  One of them is called Funnies Inc. and the head of sales, Frank Torpey, suggests Goodman to start publishing comics. Goodman accepts, and in August 1939 the first issue of Marvel Comics comes out, the book that contains the first appearances of two new characters, the Human Torch and Namor the Sub-Mariner, destined for a long and fruitful career. It is the first comic book with the word Marvel in the header, but the publishing house is not yet called Marvel: Goodman is not interested in using a single name for all his productions and uses different denominations for publications, all of which refer to him, the one most often associated with comics is called Timely. The success of these productions is remarkable and Goodman is convinced to step up the production of comic books. He soon realizes that by paying the artists directly he can save money, so he decides to hire some of those under Funnies Inc. There are also several newcomers: in 1939 an eighteen-year-old cousin of Goodman’s wife, named Stanley Lieber, arrives in the editorial office, while in 1940 two authors named Joe Simon and Jack Kirby arrive, creating Timely’s first, true best-seller, Captain America.  The new young apprentice Stanley is enthusiastic and very busy, so much so that one day he is asked to write the text of a short story by Captain America for the third issue of the series.  He is happy to accept and signs with that pseudonym that will bring him luck: Stan Lee.  A few months later Simon & Kirby leave the publishing house over a contract dispute, while the very young Stan is promoted to editor-in-chief, a role he will hold for decades.  Captain America and the other Timely characters continue successfully until the end of the Second World War, then the comic with superheroes goes into crisis. Almost all of them disappear in a few years, Martin Goodman’s publishing house is dedicated to other genres, from comics with anthropomorphic animals to westerns, from crime fiction to science fiction, with a fleeting return to superheroes in the mid-fifties. The publishing house survives, changing its name to Atlas, but it is not in a particularly prosperous moment: distribution agreements limit production to just 8 issues per month. At the end of the Fifties, Jack Kirby returns and a designer named Steve Ditko also arrives: they will be, together with Stan Lee, the architects of the Marvel revolution.

According to the legend, it all started with the success of the Justice League series by competitor DC Comics, which puts characters like Superman and Batman on the same team.  Goodman then asks Stan Lee to come up with a group of superheroes. Lee and Kirby invent the Fantastic Four, a supergroup very different from the competitors: they have no masks, no costumes, they quarrel and often argue among themselves. With the success of Fantastic Four (November 1961) it was decided to focus again on superheroes, launching within a few months even Hulk, Spider-Man, Thor, Daredevil, Iron Man and many others. Little by little a great narrative picture is built, in which the characters, for the first time, coexist and can meet or clash, in the background of a real city like New York. The tone of the editorials and readers’ mail is also different: Stan Lee builds a relationship of complicity with his fans, who respond enthusiastically and contribute to the invention of new heroes and new villains. It is the birth of Marvel Comics.

In the following years many things change: Ditko and Kirby leave and at the end of the sixties Martin Goodman sells the publishing house.  In the Seventies, Stan Lee abandoned the writing of stories, new authors arrived and different genres were explored, such as horror or the fantasy of Conan the Barbarian. The superhero comic is in a new moment of crisis, but Marvel makes a bang by releasing comics inspired by the biggest blockbuster ever: Star Wars.  The Eighties and nineties are made up of ever-increasing sales, until a new crisis in 1996, when the publishing house ends up on the verge of bankruptcy.

In the 2000s, more and more attention is paid to authors and a new narrative universe is launched, which allows many new readers to learn about superheroes without having to read decades of past stories. In recent years, however, superheroes have become increasingly popular, thanks to the many films and television series that are becoming more and more numerous.