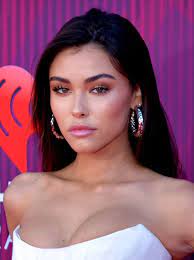 J.: Madison, let’s start from your origins, what about your faamily?

Madison: I was born in Jericho, New York on March 5, 1999. My  father, Robert Beer, is a real estate developer and my mother, Tracie Beer, originally from Morocco, worked as an interior designer.

Journalist: you started your career since you were 4, …but your parents divorced.

M: yes, I was very little , my family was Jewish .

Journalist: the meeting with Justin Bieber was the first step to your success…

M.: yes, it was, when I met    Justin Bieber I had posted various covers on her you tube channel and she welcomed me to Island Records, which at the time of signing was run by my manager, Scooter Braun.

J.: In 2013 you recorded the theme song for Monster High entitled We Are Monster High. In the same year you published the song Valentine in collaboration with Cody Simpson, which is later played on Radio Disney. On September 12, 2013, I  released the video for my debut single Melodies, written by Peter Kelleher, Ben Kohn, Thomas Barnes and Ina Wroldsen, in which Bieber appears. Are you happy?

M.: yes, I’m very happy and I thank all my fans and Justin, first of all…You can listen to my new single, Unbreakable , where love is the main theme. Thank you.

J.:Thank you for this interview and congratulations for your work. Bye!