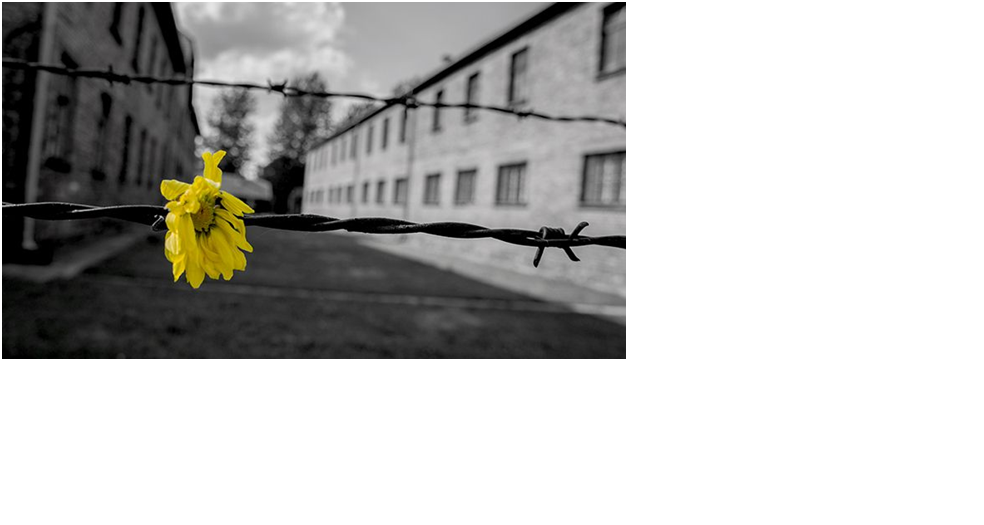 TO REMEMBER THAT JUST ONE RACE EXISTS

It was the 27th January 1945 when, after four years of torture and slavery, the Red Army entered in the Auschwitz concentration camp, where one million and a half of the 6 million Jews unjustly murdered died during the second world war, and we all know what happened then.

But how could this happen?

It didn’t happen all of a sudden but it was the result of a hate powered during the centuries. The antisemitism is considered the oldest form of hate of history, based on stereotypes and false and irrational beliefs, that brought terrible persecutions.

Since ancient times, Jews were frowned upon because they refused pagan divinities and then, with the coming of Cristianity, they were accused of deicide, because they didn’t accept Jesus as God’s son. From this point on, Jews will begin to be labeled as sorcerers, carriers of disease, murderers. The Jews’ persecutions have reached a climax during the Holocaust, between 1941 and 1945, when the Nazi regime, headed by Hitler, began to implement its policy against what they defined “the lower race”.

So, not to forget the genocide of Jews and to try to stop this hate that found its root in the ancient times, the United Nations  established the Day of Remembrance.

Why is it so important to remember?

Still today there are people who believe in the racial distinction and this is inconceivable. In 2022 we would expect that everyone learned by history’s events that prejudices poison and blind people, making them cruel and intolerant, but it’s not.

Maybe was someone created better than others? Has someone been given greater importance? Has someone the right to live and someone not?

As Albert Einstein said “The only race I know is the human one”.

We can not think that such a thing that happened during the Second World War will never happen again, because it was not only Hitler who carried out the genocide of the Jews, the majority of people agreed with him and took part in it.

Not to repeat this unforgivable mistake we have to do these two things.

We need to study, we need to open our minds and understand that there is beauty in every culture and if someone is different, that is not a reason to be disrespectful but an opportunity to learn from others. Before judging people, we must know them because our origins don’t determine who we are, but our actions and our feelings do.

And then we must remember.

We must remember that so many people have been through a lot during the centuries because of their ethnic groups or their religion and we don’t want to discriminate anyone anymore.

So let’s not stop talking about it, let’s not stop telling this story, even if listening to it can be painful, if we keep this in mind maybe we have a chance to build up a better future!