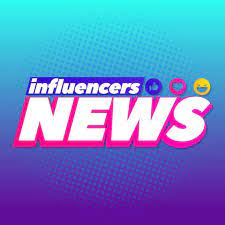 With the advent of social media, our ability to distinguish the true from the false in  reality has rapidly diminished.

Generations that come from a period when information only came through the news  and newspapers (boomers), with the advent of the internet and online information,  naively began to believe that everything said in that “official” sphere was automatically true.

Today we live in a kind of post-truth world, where it is not the absolute truth about  facts, but rather which people or types of news can achieve a significant result in  terms of guiding the process of individual decision-making.

If previous decades were characterised by important people (VIPs), this period is  more controlled by influencers, people who are informed about a phenomenon and  are able, through the virtual word of mouth of social networks, to influence the masses of people who “rely” on information coming from them.

To be an influencer on social networks, it is not important to be ‘learned’, but only  considered “reliable” for the type of information constantly proposed to the audience  of followers.

In this world of post-truths, the identification of so-called “fake news” in the virtual  network becomes decidedly difficult, given that even before it is known that a fact  can be subject to different interpretations depending on the point of view from which  one stands.

Sometimes, particular emphasis is placed on a particular aspect of real news, distorting the very meaning and scope of the news.

So, there is a huge process of misinformation that disorients the individual in the galaxy of news. The problem is that nowadays influencers and fake news set in motion  processes that significantly orient the choices of individuals in the political or simply  social sphere.

How can we defend ourselves? There is no single system that saves us from fake  news. However, there are measures that can help you not to blindly trust every piece  of information.

In general, overly shouted news is oriented towards getting clicks/likes/views, rather  than giving real information. In many cases, news links to other sites where the content of the initial headline cannot be found.

One should always check whether the site one is consulting is reliable (the important  thing is that it is reliable for us and not just for the masses). Then it is important to  compare the different opinions expressed by different sites. Finally, to unravel the sea  of fake news, it is good to ask questions such as: why is this person publishing this  news? is this news true or is it a joke? Can I verify this news?

The rules, therefore, are only those of prudence and a critical spirit that is always active and well trained, but above all, never give up on forming one’s own idea about  everything.