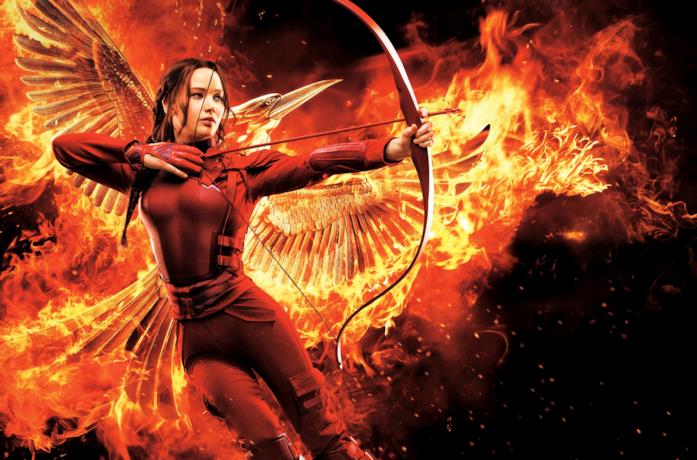 The saga we are going to talk about today is called Hunger Games is written by Suzzane Collins and she is not only a writer but also a screenwriter.

We will start with the review of the book.

It is a science fiction novel.

The setting is in the Panem nation when after a great revolt, “Capitol city” a large rich city decides to rule over the remaining countries by dividing them into 13 districts and every year each district as punishment for unleashing a revolt, must give to “Capitol city ”A girl and a boy between 12 and 18 years, sending them to the Hunger Games of the games in which the tributes (the boys of the districts) have to fight to the death in an arena.

From reader to reader I will tell you and I will always advise you to read the books first and then to watch the movies afterwards because the books are always better.

But the real question is is this saga worth reading?

Well for me yes!

The saga is very interesting, it fascinates every reader of all ages who loves science fiction, it is also romantic and fascinating, Hunger Games also demonstrates the strength that can be in any girl, even simple to recognize the protagonist in each of the young readers and demonstrates also that you don’t need superpowers to win the daily battles but you just need a little good will and a little courage.

Now let’s move on to the film review.

The film saga is very fascinating to people of all ages but does not fascinate readers who prefer and will always prefer books.

The actors, the script and the soundtrack were chosen very well and the character of the characters, they managed to do it almost the same!

The script gave an idea of ​​the perfect place. Many actors have won awards thanks to this saga!

So, here we return to the previous question.

Are these movies worth watching? Losing at least 2-3 days to watch this saga?

My answer is always yes, even if as I already repeat books are better, not even movies are so bad, indeed they are interesting.

I hope I have been helpful and I hope to write more!