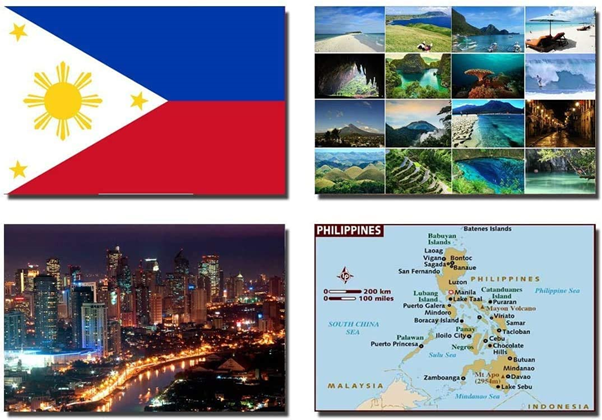 HABITS FROM AROUND THE WORLD: PHILIPPINES.

The Philippines suffers from the cultural influences of previous colonisation by Spain and the United States.

. Customs reflect the faith of the people, their union with others, their affinity with nature and their celebration of life.

One attitude that distinguishes them is called ‘Mano Po’.

When children or young people greet or say goodbye to their elders, they typically do so by taking the elder’s right hand with their own and lightly touching the back of the elder’s hand to their forehead. This is their way of showing respect to their elders.

Filipinos eat, at least according to the classical custom, using both a fork and a spoon, but they also eat with their hands because for them this is a way of enjoying food with greater satisfaction.

Most Filipino dishes are a combination of salty, sour, sweet and bitter.  They are named after cooking techniques and not specific ingredients or dishes. For example, ‘adobo dish’ refers to the technique of stewing in vinegar with peppercorns and bay leaves.

Folk festivals are characterised by history, art, creativity and the passion of the people. While some are held for just one day, many are celebrated for a week and even a whole month.

The MassKara Festival is a giant masquerade held in the country’s City of Smiles, Bacolod in October. Thousands of locals wear colourful masks decorated with flowers, feathers, beads and colours.

The most popular festival in the Philippines is the Aliwan Festival in Pasay City.

This festival, which began in early 2003, is known more as a competition than a festival. It aims to promote diversity in the country, with thousands of participants displaying their cultures. The winner takes home one million pesos in prize money.