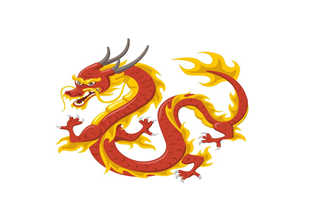 HABITS FROM AROUND THE WORLD: CHINA.

In order to learn to “look at the world through the eyes of the other” the first step is the awareness of the fact that most of our actions are conditioned by our culture. Words, gestures, habits and customs take on different meanings from country to country. Cultural differences can create discomfort, an attitude can disturb, offend or even compromise a relationship without anyone realising why.

A journey through cultures by my class (V AT) will lead us to get to know the ‘lifestyles’ of some countries, so distant and not only in terms of kilometres from Western ways of doing and thinking. The important assumption to consider is that what is normal for us may not be so for others and vice versa.

China is one of the countries with the most customs in the world, very different from those of the West. Here are some of its curiosities:

One of the most important symbols of China is the Dragon, the symbol of happiness.

We find it everywhere, especially in houses to protect those who live there. The dragon is a symbol of strength, prosperity and wealth, and is even used in some personal names.

The chrysanthemum is a flower used to wish for joy, while in our western countries it is mainly

The colour of mourning here is white and they do not use flowers but candles.

The business card is very important for the Chinese; it should be taken with both hands and never put down before reading it.

It is better not to touch a Chinese person. They do not like to make physical contact with people in any way. Even handshakes are not used, except by those who are used to interacting with Western cultures for work.

Some Chinese have small, long nails; this symbolises that this person does not do physical work for a living, rather their intelligence is their tool.

the most traditional clothes are: