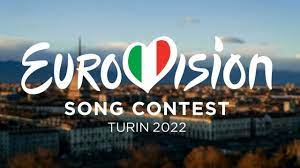 In 2022 the Eurovision Song Contest was held in Italy and more precisely in Turin for the third time following the victory of the Måneskin in 2021 with “Zitti e Buoni”. The previous two dates back to 1965 in Naples and 1991 in Rome. It is also the most watched sporting event in the world: the spectators involved reached peaks of 600 million. The 40 European countries in the race have adhered to the directives of the EBU, the organization of the event. The slogan chosen by the organization for the 66th edition of the Eurovision Song Contest is  “The sound of beauty” or “the sound of beauty” which recalls the artistic-cultural heritage and landscape that has made Italy recognized abroad as “land of beauty”. The logo in its simplicity contains several references: the art theme is based on the Cymatics of Hans Jenny, whose structure in turn refers to the Italian gardens.

Ukraine won the 2022 Eurovision Song Contest.  The Kalush Orchestra, which was competing with the song “Stefania”, triumphed in Turin with 631 votes, 192 received by juries of different countries and 439 by televoting. From the Ukrainian band an appeal for Mariupol and the Country, warmly welcomed by the Turin audience. In second place was the United Kingdom with Sam Ryder and his “Spaceman”. Third Spain with Chanel and his unleashed “slomo”. Laura Pausini, Mika and Alessandro Cattelan did the honours at the Pala Olimpico: they were the ones who had to proclaim the winner. Sixth place for Italy, represented by Mahmood and Blanco with “Brividi”.